For 'Idhar Aane Ka Nahi', Akshara Singh turned rapper and her swag is just off the charts. She rides a bike, drives a jeep and raps. 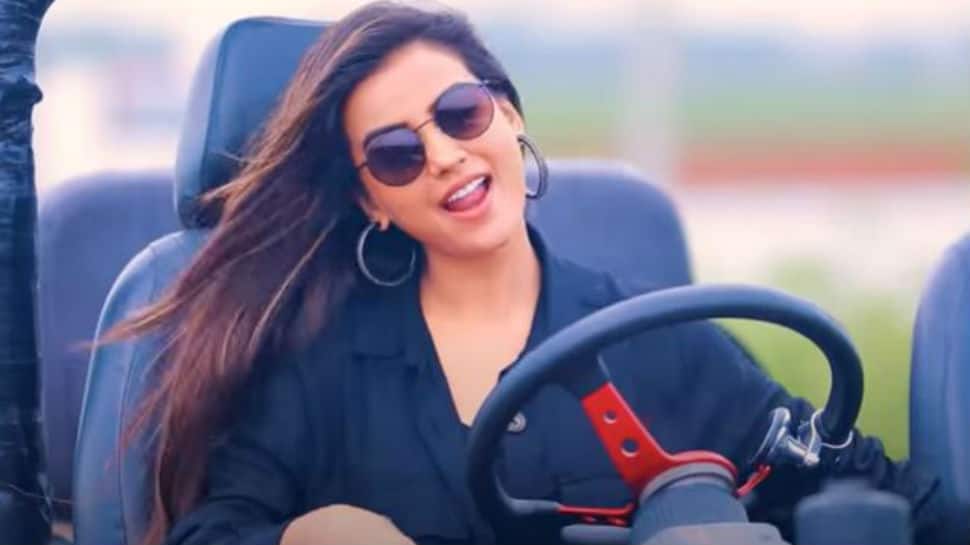 New Delhi: Akshara Singh, the Bhojpuri queen, leaves no stone unturned in surprising her fans and loved ones with her new projects. Amid the lockdown also, she is treating her Instafam to some great pictures of herself, videos and new songs. After the success of 'Mera Babu Kyu Mujhse Naraz Hai', Akshara has released another song of her titled 'Idhar Aane Ka Nahi'. Much to the delight of her fans, it's a video song.

For 'Idhar Aane Ka Nahi', Akshara turned rapper and her swag is just off the charts. She rides a bike, drives a jeep and raps.

The album has been produced by Akshara and also sung by her.

'Idhar Aane Ka Nahi' released just a day ago and so far, it has got over 7 lakh views.

Akshara is a social media sensation. She enjoys a fan-following of over 1 million users.

The Bhojpuri A-lister has often proved her singing skills along with her acting prowess. She started off her career with the TV industry before venturing into Bhojpuri films.