The Rafale ruling helped the BJP with the perception of the urban middle class, while the Sabarimala verdict may have opened up the South. 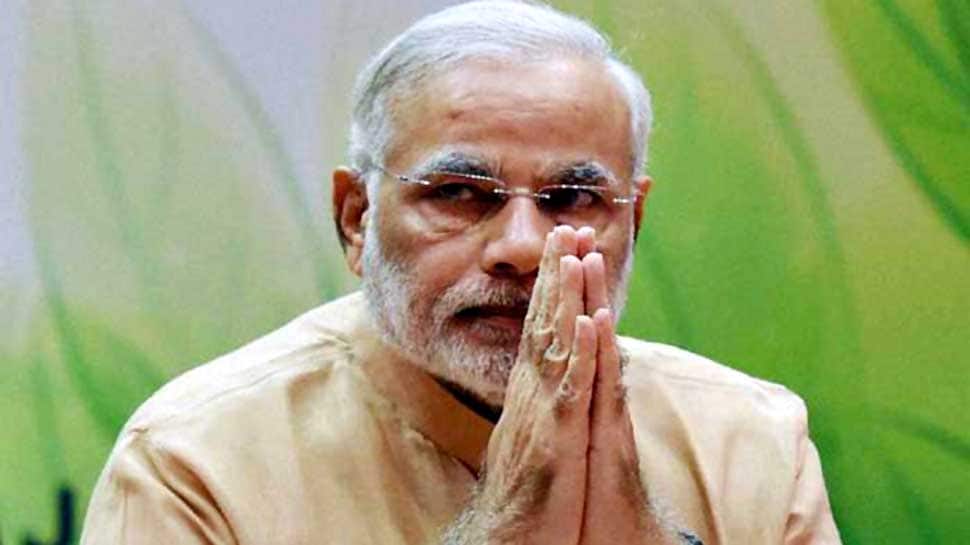 On the face of it two recent Supreme Court judgements of significance have gone opposite ways for the ruling Bharatiya Janata Party (BJP). Chief Justice Ranjan Gogoi certainly gave something that looked like a clean chit for Prime Minister Narendra Modi's party when he observed that he found nothing amiss in the confidential details of the pricing of the Rafale fighter jet contract with France's Dassault group, much to the dismay of opposition parties.  In the same court, Justice Dhananjaya Chandrachud seemed to strike a blow to conservative Hindu lobbies that support the BJP when he and his fellow judges ruled that women of reproductive age should no longer be barred from entering the holy shrine to Lord Ayyappan at Sabarimala in Kerala.

However, after seeing violent protests in Kerala last week following the surreptitious entry of some activist women into the Sabarimala temple, I am tempted to think that both the Supreme Court judgements are blessings for the BJP. Here's why.

The Rafale ruling - I hesitate to call it a judgement - took the winds off the sails of the Congress-led opposition in what I would call the urban middle-class constituency. For any party to govern, it is not just enough to win elections. It is also important to get a measure of legitimacy in the urban middle class because it serves as a centre from which thoughts emanate and go back. This is the same social class that produces civil servants, media persons and jurists.

I do believe Rajiv Gandhi-led Congress lost the 1989 elections because he alienated the urban middle class as the BJP and other parties including the Janata Dal led by former Congress finance minister VP Singh successfully drove home the image that the party was lax on corruption and could even be a party to it.

As Defence Minister Nirmala Sitharaman thundered last week in Parliament in a spirited defence of the Rafale deal, the backing she got from the Supreme Court was such that at the very least, the furore against the BJP's decision to cut down the number of jets and pay a higher price for each in order to fit them with advanced combat capabilities was blunted.

Cut now to Sabarimala in Kerala. You need to look no further than Shashi Tharoor, a poster boy for Westernised, modern urban liberals. Tharoor's position on the temple tilts to the centre at the very least as he cluck-clucks in sympathy with those who want a traditional form of worship that barred women of reproductive age from entering the shrine upheld. The reasons he cited are based on faith, not the kind of egalitarianism that  he otherwise espouses.  The former UN under-secretary-general is now a grassroots politician for the Congress in Thiruvananthapuram and also recently authored a book, 'Why I Am A Hindu'.

It is clear to me, as it is to him and many Congress leaders, that it is important to stress that they are not anti-Hindu. The BJP has successfully built a narrative of Hinduism being challenged both politically and judicially. Whether its critics like it or not, both Kerala and neighbouring Tamil Nadu have entered the era of what I call post-poverty politics. Cultural issues are increasingly important. The Sabarimala shrine is also popular among Tamilians,  thousands of whom make the annual pilgrimage to the mountain temple of Lord Ayyappan across the border. I do believe both Kerala and Tamil Nadu now have a larger Hindutva constituency and the BJP is a political gainer from the Sabarimala protests. In that sense, the Supreme Court verdict is a left-handed (no pun intended) compliment to the BJP's ideological moorings.

The BJP has had no significant presence in either Tamil Nadu or Kerala and has a long way to go in both states. However, the rise of Hindu customs and beliefs has been steady in Tamil Nadu, slowly eclipsing the rationalist, atheist Dravida ideology championed by 'Periyar' EV Ramaswamy Naicker, whose Dravida Kazhagam gave rise to the DMK and the AIADMK.

AIADMK leader Jayalalithaa wore her Hindu beliefs on her sleeves as Tamil Nadu's Chief Minister. Tamil Nadu is gossiping about the recent visit to Varanasi by Durga Stalin, the wife of MK Stalin, the president of the DMK. Stalin has been named after one of the world's biggest communist icons. Interesting, isn't it?

At another level, the BJP is more or less in bed with a number of AIADMK functionaries or groups. We have to watch that space as general elections draw near. My guess is that the BJP has found itself a beachhead in Tamil Nadu, something it could barely dream of two decades ago.

Interestingly, the last word is not yet out on both the Supreme Court rulings as both cases have review petitions pending before the highest court of the land. For all we know, there could be twists in the tale. But I do believe the advantage now rests with the BJP. There is a delicious irony in this because Modi's party appears to be gaining in the south, where it was once considered non-existent, while its position is not as secure in the north as it was thought to be. But then, that is another story.