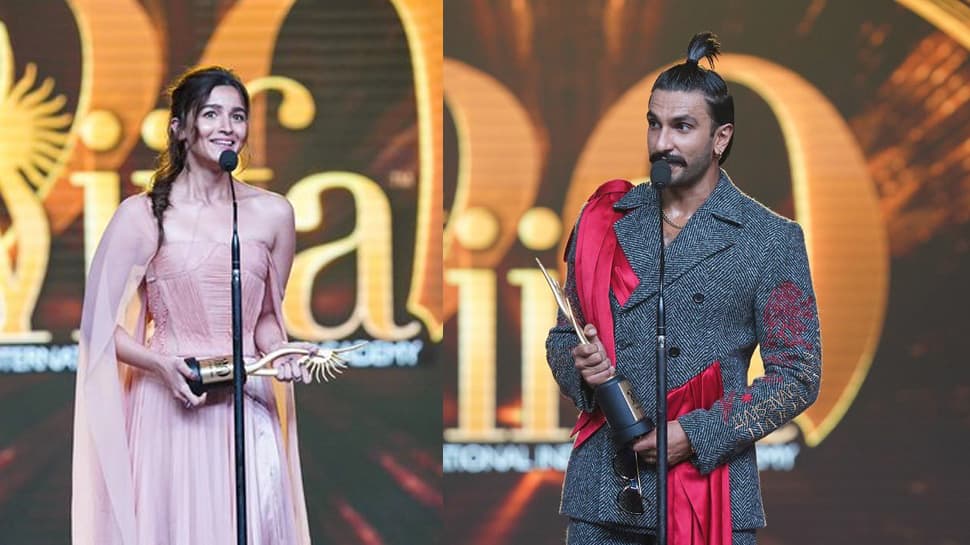 New Delhi: One of the biggest award nights of Bollywood, the IIFA (The International Indian Film Academy Awards) was held in Mumbai this year. Organised at the N.S.C.I (National Sports Club Of India) at Worli, the star-studded night was attended by big names of the industry including Salman Khan, Alia Bhatt, Katrina Kaif, Deepika Padukone, Ranveer Singh, Madhuri Dixit, Rekha, Sara Ali Khan, Shahid Kapoor and Ishaan Khatter to name a few.

The event was hosted by Ayushmann Khurrana and his brother Aparshakti and was a glamorous affair!

Holding the golden beauty in his/her hands is a proud moment for every B-Towner and amidst much pomp and show, the awards were given away.

Actress Alia Bhatt walked home with the Best Actor (Female) award for her impressive performance in Raazi and Ranveer Singh bagged the Best Actor (Male) Award for his power-packed role in 'Padmaavat'.