'Kalank' reunites Sanjay and Madhuri on the big screens after a long hiatus. 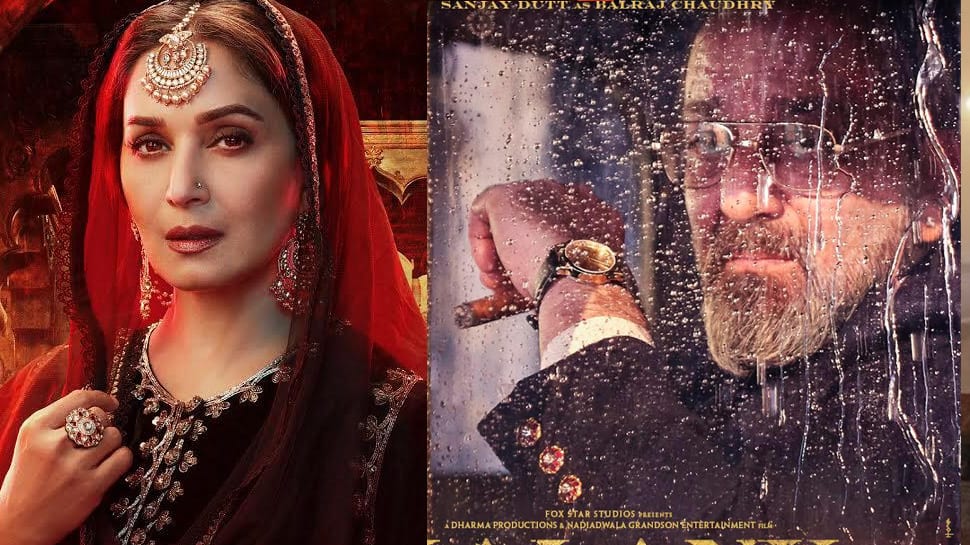 New Delhi: Karan Johar's 'Kalank' has been high on the buzzword ever since it was announced. The period drama's impressive teaser has left everybody excited for the release. The Kalank teaser introduces all six lead characters in the most epic way possible. Sanjay Dutt, Madhuri Dixit, Alia Bhatt, Varun Dhawan, Sonakshi Sinha and Aditya Roy Kapur play lead roles in the film and their first looks have left everyone intrigued.

Makers are leaving no stone unturned in raising the excitement level for the film by sharing brand new posters.

The latest posters to be out feature Sanjay Dutt and Madhuri Dixit in their regal avatars.

Check out the posters here:

The film reunites Sanjay and Madhuri on the big screens after a long hiatus. The two were reported to be dating each other years ago and fans are eager to see them working together after such a huge gap.

'Kalank' is slated to hit the theatres on April 17, 2019 and is directed by Abhishek Varman.

Aditya Roy Kapur starts shoot for his next film