The film is being helmed by Mudassar Aziz, who has previously helmed films like 'Dulha Mil Gaya', 'Happy Bhag Jayegi'. 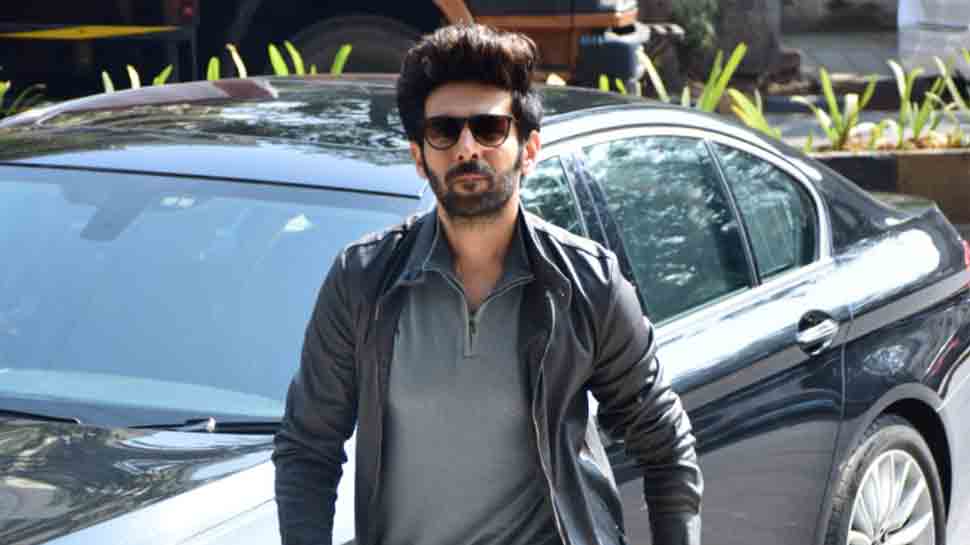 New Delhi: Thanks to his good looks and fashionable outings, Kartik Aaryan has become hugely popular among girls and has started to enjoy a massive fan following. The stylish actor is all set to surprise the audience in his next outing, which is a remake of 1978 classic 'Pati, Patni Aur Remake'.

The upcoming film, with the same title, also features Ananya Panday and Bhumi Pednekar. The film will see Kartik sporting a new, rather a mature look. The actor shared the look of himself from the upcoming remake on Twitter in which he is seen sporting a chevron-styled moustache and donning a chequered yellow shirt.

On Monday evening, Kartik was captured by the shutterbugs exiting a restaurant after a dinner date with Ananya Panday. However, this time, the star actor was seen hiding his face from the media. And though, he tried his best to conceal his look from the lenses, he wasn't successful in doing that as he got snapped in a clean-shaven look with a moustache.

Also accompanied Kartik and Ananya was Juno Chopra, who is co-producing the flick.

In the meantime, Kartik's upcoming film is 'Luka Chuppi', which is set to release on March 1, 2019.