Preparing to comply with govt rule on cigarette packs: Godfrey

Godfrey Phillips India Ltd today said it is preparing to comply with the new government rule of larger pictorial warnings on cigarette packs although it has suspended production for the domestic market. 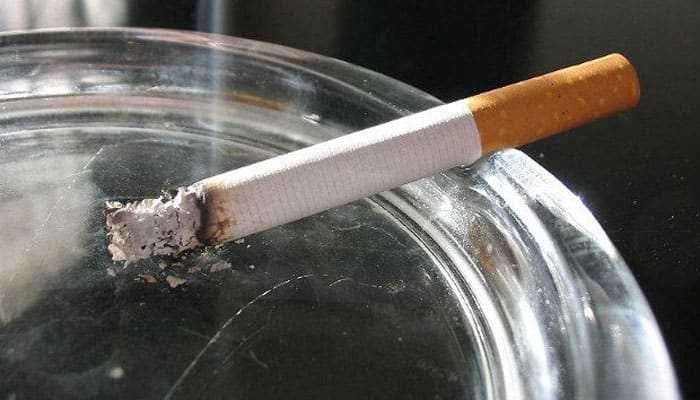 New Delhi: Godfrey Phillips India Ltd today said it is preparing to comply with the new government rule of larger pictorial warnings on cigarette packs although it has suspended production for the domestic market.

As per a Health Ministry notification that came into force from April 1, tobacco products are mandated to carry larger pictorial warnings covering 85 percent of packaging space.

It further said: "We have temporarily suspended production of cigarettes for the Indian domestic market pending the implementation of the new graphical health warning which have been made applicable."

The company, however, said its manufacturing facility situated at Rabale, Navi Mumbai which cater the exports is continuing to produce.

Godfrey Phillips India said it does expect sales to be impacted by the suspension of production as it has sufficient stock to cater the domestic market.

In FY 2014-15, Godfrey Phillips had a consolidated net sales of Rs 2,521.02 crore in which cigarettes and tobacco products had contributed Rs 2,306.97 crore.
Godfrey Phillips sells cigarettes under brands as Four Square, Red and White, Cavanders, Tipper and North Pole.

It also manufactures and distributes Marlboro brand under a licensing agreement with Philip Morris.

Last week, rival ITC had said it wasn't ready to print larger pictorial warnings on its cigarette packs, as required under a new government norm.

The notification by the Health Ministry on September 24, 2015, for implementation of the Cigarettes and Other Tobacco Products (Packaging and Labeling) Amendment Rules, 2014, came into force from yesterday.

The ministry had made a commitment to the Rajasthan High Court on March 28 that it will implement the said rules from April 1, 2016.

The Parliamentary Committee on Subordinate Legislation had described as "too harsh" the government's proposal that 85 percent of the packaging surface carry pictorial warnings and recommended that the message occupy 50 percent of the space.

The stand had evoked sharp criticism from MPs and health experts.