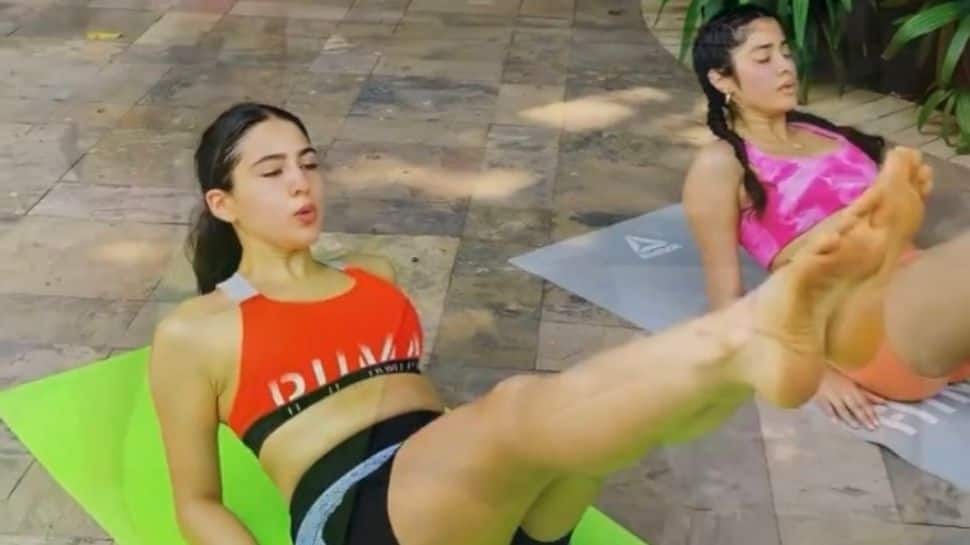 New Delhi: Star kids Sara Ali Khan and Janhvi Kapoor recently seen bonding over an ab-workout session in a new Instagram video and netizens are in awe of this newfound friendship.

Daughter of Bollywood actor Saif Ali Khan and Amrita Singh, Sara took to her Instagram to share the clips of the two young actors working hard on their fitness and motivating each other through the workout!

In the video, late Bollywood legend Sridevi's daughter Janhvi and Sara can be seen doing strenuous ab exercises and later performing a workout together as they bent down on one leg while taking each other's support.

If you've been putting off working out for a long time, this video will surely make you want to call up a friend and plan a virtual workout date!

Check out the workout video:

On the work front, Janhvi was last seen in the Maddock Films-produced horror-comedy 'Roohi' co-starring Rajkummar Rao and Varun Sharma. She will next be seen in 'Good Luck Jerry', 'Dostana 2', 'Takht' and 'Bombay Girl'.

On the other hand, Sara was last seen in the comedy film 'Coolie No. 1' opposite Varun Dhawan which was an eponymous adaption of the 1995 movie. However, the film wasn’t received well among critics. She will next feature in Aanand L. Rai's film 'Atrangi Re', co-starring Akshay Kumar and Dhanush which is set to release in August 2021.