Japanese prosecutors arrested ousted Nissan Motor Co boss Carlos Ghosn for a fourth time on Thursday, broadcaster NHK said, after reports authorities were building a new case against him over payments made to a dealer in Oman. 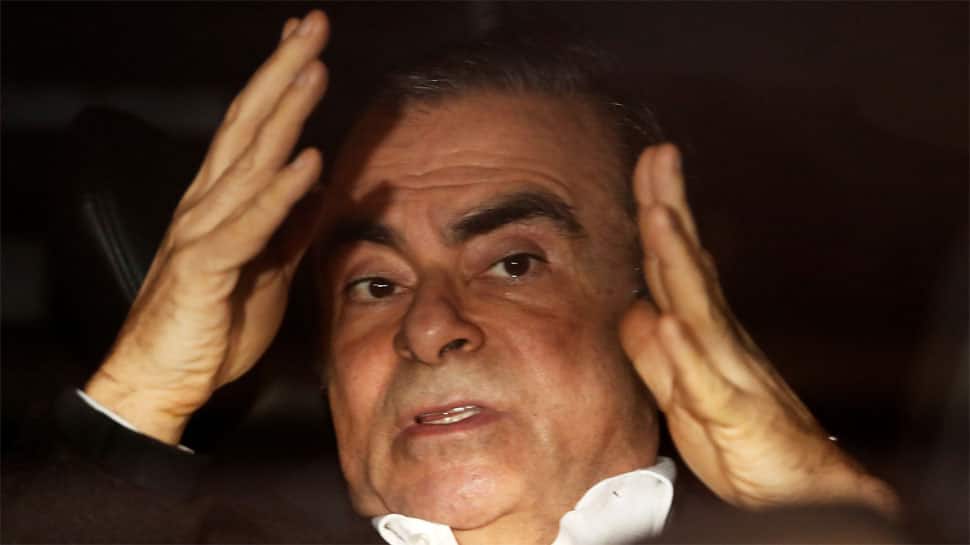 Former Nissan Motor Chairman Carlos Ghosn sits inside a car as he leaves his lawyer's office after being released on bail from Tokyo Detention House, in Tokyo (Reuters photo)
Share:
Updated:
Apr 04, 2019, 06:24 AM IST
Source:
Reuters

TOKYO: Japanese prosecutors arrested ousted Nissan Motor Co boss Carlos Ghosn for a fourth time on Thursday, broadcaster NHK said, after reports authorities were building a new case against him over payments made to a dealer in Oman.

The re-arrest, which NHK described as a highly unusual move, marks the latest dramatic twist in the once-feted executive`s fall from grace, and comes after fresh allegations about improper payments made by Nissan under his watch.

Prosecutors arrested Ghosn on suspicion of aggravated breach of trust, NHK said, after visiting his residence in Tokyo early on Thursday and asking him to submit to questioning. A silver van believed to be carrying Ghosn later left the residence, NHK said.

Footage of the vehicle leaving the residence showed that its windows were covered by curtains, making it impossible to see who was riding inside. More than a dozen officials from the prosecutors` office had arrived early on Thursday morning at the residence, NHK reported.

No one was immediately available for comment at the Tokyo prosecutors` office or Ghosn`s lawyers` office.

The arrest comes just a day after Ghosn pledged on Twitter than he would hold a news conference on April 11 to "tell the truth" about the allegations against him.

Ghosn was first arrested in Tokyo in November and faces charges of financial misconduct and aggravated breach of trust over allegedly failing to report around $82 million in salary and temporarily transferring personal financial losses onto Nissan`s books during the financial crisis.

Released on $9 million bail last month, Ghosn has called the charges against them "meritless" and said he was the victim of a boardroom coup.

SUSPECT PAYMENTS
Sources told Reuters earlier this week that Nissan partner Renault had alerted French prosecutors after uncovering suspect payments to a Renault-Nissan business partner in Oman while Ghosn was chief executive of the French automaker.

Ghosn`s spokesman has previously said payments of $32 million made over nine years were rewards for the Oman firm being a top Nissan dealer. Such dealer incentives were not directed by Ghosn and the funds were not used to pay any personal debt, the spokesman said.

Nissan had previously established its own regional subsidiary made questionable payments of more than $30 million to the Oman distributor, Suhail Bahwan Automobiles (SBA).

Evidence sent to French prosecutors late last week showed that much of the cash was subsequently channelled to a Lebanese company controlled by Ghosn associates, the sources said.

Reuters has not been able to reach SBA for comment on the matter.