Ashes: Australia rule out bouncer battle, aim for 2-0 in Leeds

After thrashing the hosts by 251 runs in the first Test at Edgbaston, the visitors were found wanting at Lord's during the majority of the rain-hit second Test as they eventually managed to draw the match after a tense final session. 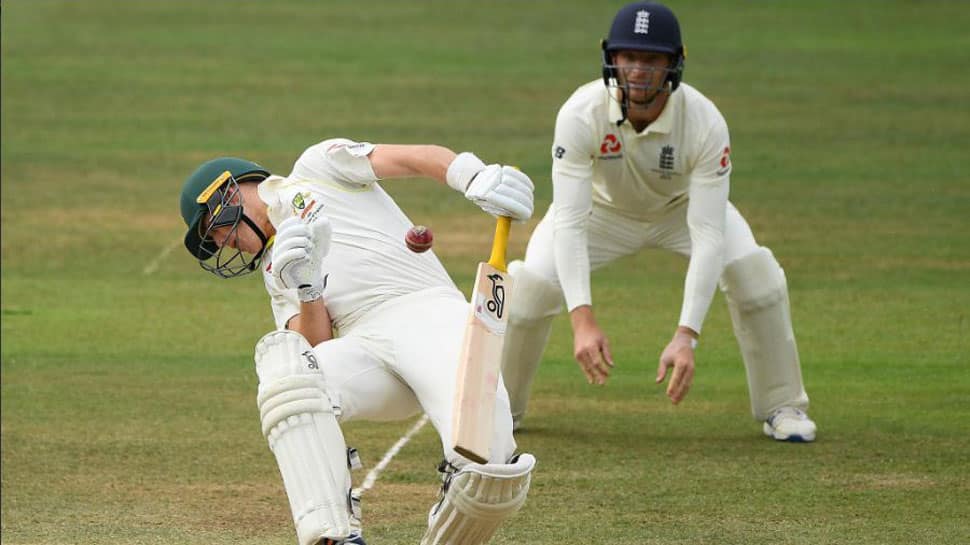 Australia would look to leave behind Steve Smith's absence and extend their lead to 2-0 in the ongoing Ashes series when they take on England in the third Test beginning on Thursday at Headingley.

After thrashing the hosts by 251 runs in the first Test at Edgbaston, the visitors were found wanting at Lord's during the majority of the rain-hit second Test as they eventually managed to draw the match after a tense final session.

What would hurt the Aussies more is the absence of Smith, who will miss the Test because of concussion. The former Australia skipper, who hit twin centuries in Edgbaston, was struck on his neck by a ferocious Jofra Archer bouncer at Lord's.

Although he came out to bat after retiring hurt, the next morning he was detected with a concussion. With a gap of just three days between the second and the third Test, he failed to recover in time.

Marnus Labuschagne, who came in as Test cricket's first concussion substitute and impressed with the bat at Lord's, is all but sure to take Smith's place in the playing XI.

Australia also have plenty of fast-bowling firepower at their disposal in Pat Cummins, Josh Hazlewood, Peter Siddle and Mitchell Starc. However, head coach Justin Langer has told his side to avoid being drawn into a bouncer battle with England and concentrate on winning the Ashes for the first time in 18 years on English soil.

England, on the other hand, will look to come out with a better performance with the bat and make sure that they have enough runs to put pressure on a rather fragile Australian batting line-up.

Apart from opener Rory Burns and all-rounder Ben Stokes, England's batting has been a cause of concern for both captain Joe Root and coach Trevor Bayliss.

They have stuck by Jason Roy, their World Cup-winning opener who hasn't found his feet in red-ball cricket yet. Roy has scored just 40 runs in four Test innings, which is in stark contrast to his opening partner Burns, who has been a revelation for the hosts at the top of the order, scoring 226 runs at an average of 56.50.

This has prompted Bayliss to consider slotting Roy into the middle order.

England have gone with an unchanged 12-man squad for the Headingley Test and Bayliss feels they have the best available men for the job.

"We think we've got the best seven batters available to us at the moment. I'm not sure if we can change it around and make it any better, but we'll certainly have a discussion about it," the England coach said on Tuesday.

"Each individual has to be happy with that as well. (But) there might come a time when we have to put a foot down and say no, this is what's happening. Like it or lump it," he added.

The hosts will also look for more fire and heroics from Archer and hope that someone can give their attack enough runs to play with and unsettle the Australian batsmen.