Qualification is no longer an issue for Australia but captain Aaron Finch insists his fast bowlers are itching to keep their foot on the gas ahead of the semi-finals. 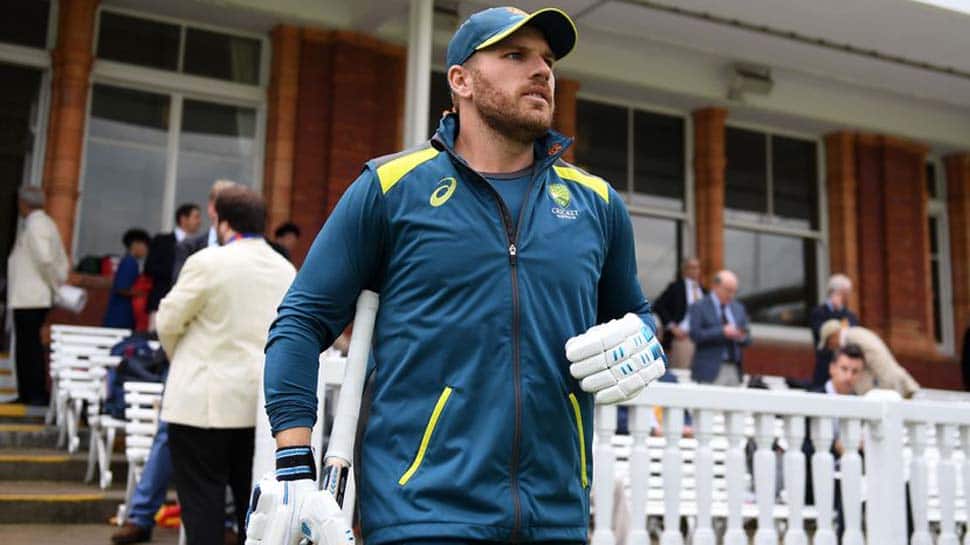 Qualification is no longer an issue for Australia but captain Aaron Finch insists his fast bowlers are itching to keep their foot on the gas ahead of the semi-finals.

Pat Cummins and Mitchell Starc are among the quicks to have played every one of their side’s ICC Men’s Cricket World Cup matches, with seven games in 25 days under their belts so far.

But any desire to put their feet up for Saturday’s showcase with New Zealand at Lord’s couldn’t be further from reality.

Instead, Finch and his strike bowlers are going all out in a repeat of the 2015 World Cup final, knowing just how vital it is to get another win under the belts as knockout cricket rapidly approaching.

“They are both feeling really good at the moment,” Finch was quoted by ICC as saying.

“You don't want to upset the apple cart just for no reason, really. And that also comes down to how they are feeling, as well, and they are both feeling great at the moment.

“I know that they have got no interest whatsoever in being rested or anything like that.

“As a coaching staff and management of the players, everyone's really on the same page in that regard to keep we want to try and keep our winning momentum and making sure that we are never taking anything for granted in this tournament.

“The guys are in really good form, as well, so you don't want to tempt that. We have a week between the next games which is nice as well.”

Australia and New Zealand are no strangers to humdingers in the World Cup, with the two sides winning a classic each when they faced off on home territory four years ago.

The historic rivalry is therefore up for grabs but with New Zealand just one win away from joining their neighbours in the semi-finals, there’s plenty at stake for both sides as Lord’s gets set to hit temperatures exceeding 30 degrees.

And with New Zealand losing just one game so far this tournament, to Pakistan last time out, it’s far from going to be a walk in the park for Finch and his side.

Not that the Australian captain would have it any other way when facing doing battle with Kane Williamson.

“I think the great thing with New Zealand is that they fight and scrap every single game, regardless of whether it's a World Cup final or it's a club game,” he added.

“That's a part of how they play their best cricket, and I know under Kane they certainly do fight and scrap for every run on the field.

“They are a great fielding side. They put pressure on you. They have got world-class players. It's going to be a good game, no doubt.

“I think if you get beaten on the day, you can wear that; if you fall a bit short here and there, you can wear being beaten by a better opposition or who out-classed you or out-skill you on the day.”