Bangladesh vs Scotland Live Streaming ICC T20 World Cup 2021: When and Where to watch BAN vs SCO Live in India

Bangladesh have been drawn alongside Scotland, Oman and Papua New Guinea in the first round and going by recent form, they are expected to top the group and qualify for the Super 12 stage. Bangladesh are coming into the tournament with nine T20I wins in the calendar year, only behind South Africa who have 12. 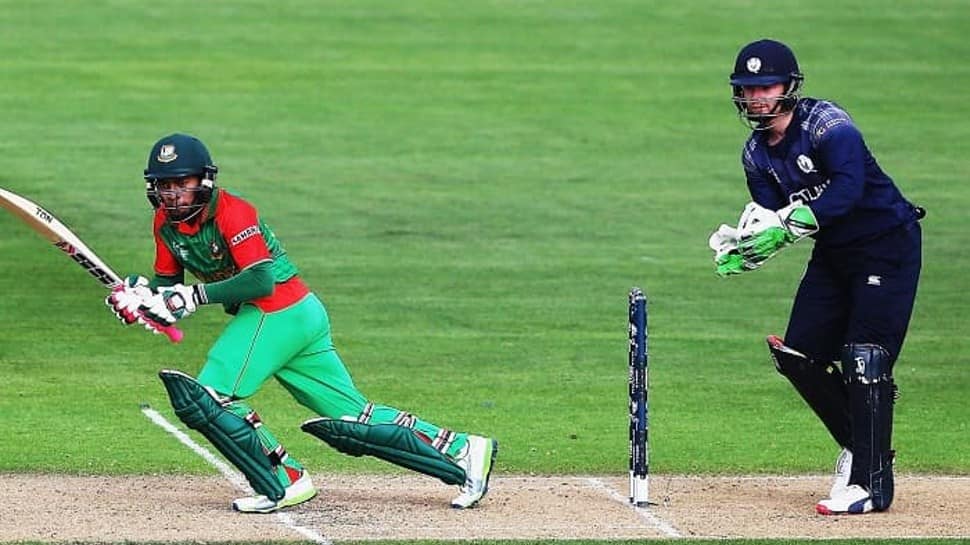 Having done enough over the years to shed the underdogs tag, in-form Bangladesh will start as favourites in Group B in the qualifying round as they open their T20 World Cup campaign against Scotland in Oman on Sunday (October 17).

Bangladesh have been drawn alongside Scotland, Oman and Papua New Guinea in the first round and going by recent form, they are expected to top the group and qualify for the Super 12 stage. Bangladesh are coming into the tournament with nine T20I wins in the calendar year, only behind South Africa who have 12.

In fact, since losing to New Zealand in March away from home, Bangladesh have registered series wins over Zimbabwe (2-1), Australia (4-1) and New Zealand (3-2). And if they manage to qualify, Bangladesh will join India, Afghanistan, New Zealand, Pakistan and the Group topper in the Super 12 and that should be incentive enough for Bangladesh.

The T20 World Cup has not been a happy hunting ground for Bangladesh. After their success in the inaugural edition in 2007, when they made it to Super 8s, the Tigers have failed to register a single win in the 2009, 2010 and 2012 editions.

Bangladesh returned to winning ways in 2014 when the event was expanded to 16 teams, topping Group A in the first round only to lose all four matches in the Super 10 stage. It was a similar story in 2016, where they crashed out in heartbreak after a devastating loss to India.

But Bangladesh have struck form just at the right time and justifiably sit sixth on the MRF Tyres ICC T20I team rankings, ahead of the likes of Australia, West Indies and Afghanistan. Their series wins over Australia and New Zealand this year -- their maiden series wins over either nation -- are testament to how well they are playing in 2021.

With a mix of experience and youth in the side, Bangladesh have all the ingredients to go deep into the tournament.

Scotland, on the other hand, would be featuring in the T20 World Cup for a fourth time. Scotland captain Kyle Coetzer will be expecting George Munsey, who has been in good form of late, to be at his best.

Coetzer, Calum MacLeod and Richie Berrington, who hit 82 in a victory over Zimbabwe in September, will provide support in the batting department, being advised mentored by former England batter Jonathan Trott.

The bowling unit will see Brad Wheal and Josh Davey -- who took 30 wickets between them for Hampshire and Somerset respectively -- combine together and add weight to the seam attack being led by Safyaan Sharif.

A win over Namibia in the warm-up fixture should give Scotland confidence as they look to enter the main round of an ICC event for the first time.

When and what time will the Bangladesh vs Scotland match start?

The Bangladesh vs Scotland match begins on October 17 at 7:30 PM IST.

Where will the Bangladesh vs Scotland match take place?

The Bangladesh vs Scotland match will take place at the Al Amerat Cricket Ground in Muscat.

Which channel will telecast the live streaming of the Bangladesh vs Scotland match in India?

How to watch the live streaming of the Bangladesh vs Scotland match in India?

The Bangladesh vs Scotland match will stream live on the Disney+Hotsar app and website.