England are in a bit of a squeeze, having slipped to fourth place on the World Cup points table after losing to Sri Lanka in the upset of the tournament. 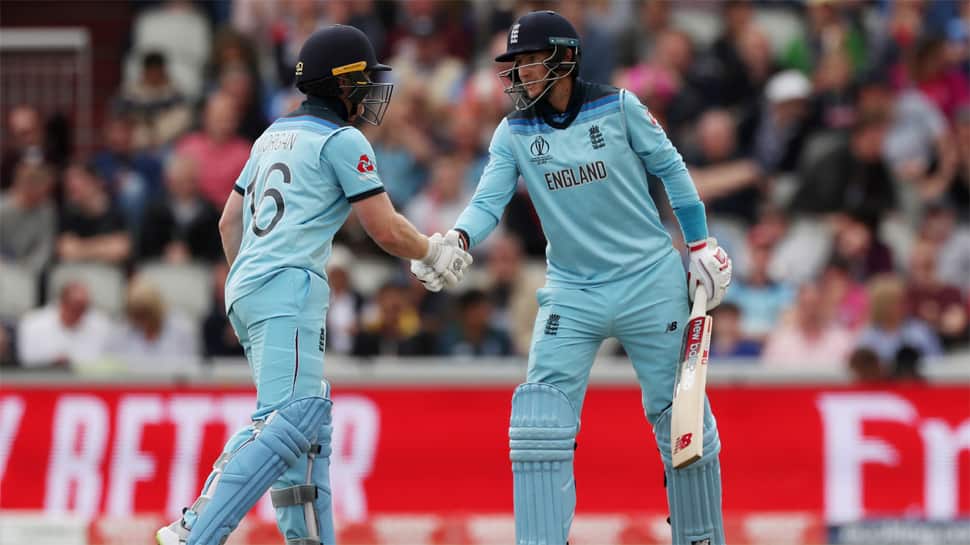 LONDON: World Cup champions meet World Cup hopefuls. No 1 versus No 5. Australia, who have won the World Cup a record five times, against England, never to get their hands on the trophy.

Game 32 of the ICC Cricket World Cup pits together Eoin Morgan's English cricket team, who have redefined one-day batting since exiting the last tournament four years ago, against Aaron Finch's defending champions, who last year tried to emulate England’s style of batting and failed, to lose 0-5 in these shores.

England are in a bit of a squeeze, having slipped to fourth place on the World Cup points table after losing to Sri Lanka in the upset of the tournament. They need to win two of their last three matches to qualify for the semi-finals, and they are not easy matches. First up are Australia at Lord’s on Tuesday, followed by the two unbeaten teams, India and New Zealand. Morgan insists that England are not worried.

Australia are second with ten points, and also have a couple tough matches to play. England won’t be easy, having won nine of the last ten ODIs played between these two teams. New Zealand always punch above their weight and South Africa, their World Cup over, could be the banana peel. This match at Lord’s against top-ranked England is the one Finch’s Australia really need to win to ease their path to the semi-finals.

What: England vs Australia

Weather: Cloudy with a high of 27 degrees Celsius.

England will be without Jason Roy, who was sent for scans after batting at the outdoor Lord’s nets on Monday morning. That means James Vince, whom Morgan defended during the pre-match press conference, gets another chance. The nature of the Lord’s pitch, which on Sunday hosted its first match of the tournament, could force England to add another seam bowler.

If so, Moeen Ali may make way for Tom Curran to get his first World Cup game.

Australia have no injury worries, but it could be time that they tried out Nathan Lyon instead of Adam Zampa. Kane Richardson could take Jason

The pitch for this match remained covered, but if it plays like the one on which Pakistan beat South Africa on Sunday, then it should wear a green tinge. But runs are on offer, as Pakistan showed in making 308.

At Lord’s, Australia have beaten England in eight ODIs while losing five and tying one.

“I think if you look at England’s record over the last couple of years, I think I read something the other day that they haven’t lost back-to-back ODIs in England for quite some time, and if you look at their trend, they tend to bounce back and go ultra-aggressive, as well. So we are ready for that. We are expecting them to come out ultra-hard and take the game on, which has been one of their main traits over the last couple of years, in particular.” – Finch