India are leading the four-Test rubber 2-1 and are well-poised to make it 3-1 going into the final day of the series, in the last Test at the Sydney Cricket Ground on Monday. 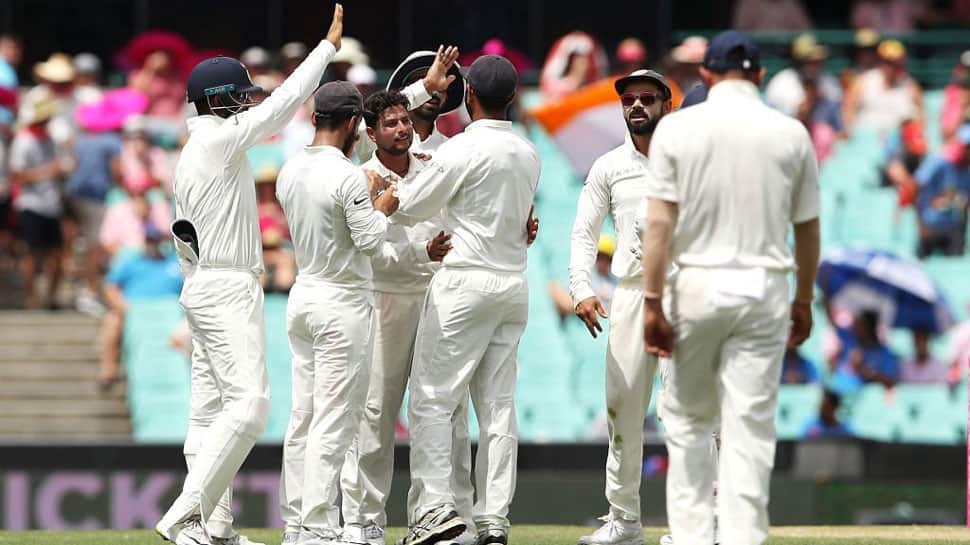 Former India captain Dilip Vengsarkar and middle order batsman Praveen Amre on Sunday hailed the Indian cricket team which is on the cusp of making history in Australia.

India are leading the four-Test rubber 2-1 and are well-poised to make it 3-1 going into the final day of the series, in the last Test at the Sydney Cricket Ground on Monday.

It will be the country's first-ever Test series win in Australia since the bilateral contest began in 1948 when Lala Amarnath's team clashed with Don Bradman's mighty team Down Under.

"This team has played superb and fantastic cricket and beating Australia in Australia is a great achievement, because Australia is a tough team in those conditions," Vengsarkar told PTI.

The former chairman of selectors was speaking on the sidelines of the inaugural function of the 25th Inter-Hospital Cricket Tournament, which is recognised by the Mumbai Cricket Association.

"This is a fantastic achievement by Virat Kohli's team. Australia has tough conditions for touring teamsbut the way they (Indian team) have adapted to these conditions is exemplary to say the least. Every team is rated on how they perform outside their own country and this Indian team has made us proud and they have done so well," Vengsarkar said.

"Bumrah now is one of the best (fast bowlers) in the world. He is a complete bowler," Vengsarkar noted.

Amre, who too graced the event, also hailed the Indian bowling attack spearheaded by Bumrah.

He said it was important to deliver as a unit and that happened in the current series Down Under.

"To win the series, it's all about playing as one unit and that is what is happening (right now). We are delivering as a batting and bowling unit and Bumrah and the other fast bowlers -- hats off to them," Amre, best remembered for his hundred on his Test debut in South Africa, said.

"India was having a strong batting line-up, but it was a question of getting 20 wickets consistently. That is what is happening over the last four series and that is very critical."

"From there we had a hope that we can get the opponent out twice and that's exactly what happened. Because of that this result (has come). After 71 years, we (are) winning the series in Australia and that is a tremendous achievement," Amre said.

He also showered praise on Cheteshwar Pujara, who has hit three hundreds in the series and played a key role in India dominating the rubber.

"I got only one (hundred) but what Pujara has done, he won the series for us. He has shown the world what is the importance of patience and self-belief," he said.