England will kickstart their campaign against South Africa on May 30. 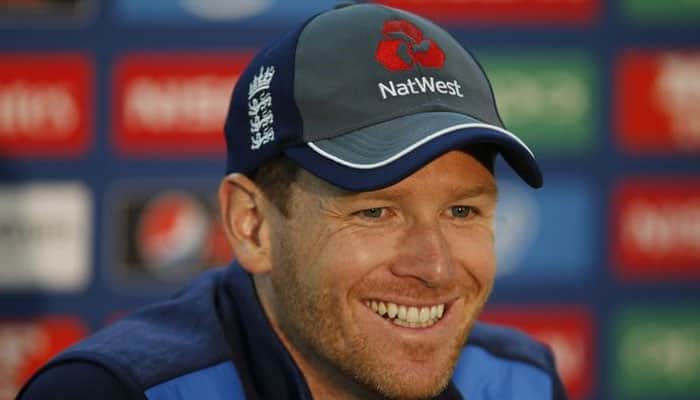 With just a week left to the International Cricket Council (ICC) World Cup, England have received a setback as their skipper Eoin Morgan injured his left leg index finger during a recent fielding drill in Southampton.

The England team was preparing for their warm-up match against Australia at the Ageas Bowl when the 32-year-old suffered a blow to the left index finger while practicing his slip catching.

Morgan-- who was clearly in serious pain following the impact--subsequently walked off the field for treatment and is now all set to undergo an X-ray after practice.

However, England's spinner Liam Dawson indicated that the scan is purely precautionary.

"I don't think it is too bad, but we'll see what happens," said England's spinner, Liam Dawson. "Hopefully he is fit and raring to go," ESPNcricinfo quoted Dawson as saying.

Though Morgan's injury doesn't seem to be a serious one, the loss of captain could prove to be a serious blow for England who are looking to live up to their world number one ranking and lift the coveted trophy for the first time in the side's history.

The 2019 ICC World Cup is slated to take place in England and Wales from May 30 to July 14. The hosts will kickstart their campaign against South Africa on the opening day.

I remain relevant, good or bad but people still talk about me: Dinesh Karthik