One qualification spot for the 2019 International Cricket Council (ICC) T20 World Cup Qualifier will be on the line when five teams namely Singapore, Kuwait, Malaysia, Nepal and Qatar lock horns in Singapore between July 22 to 28. 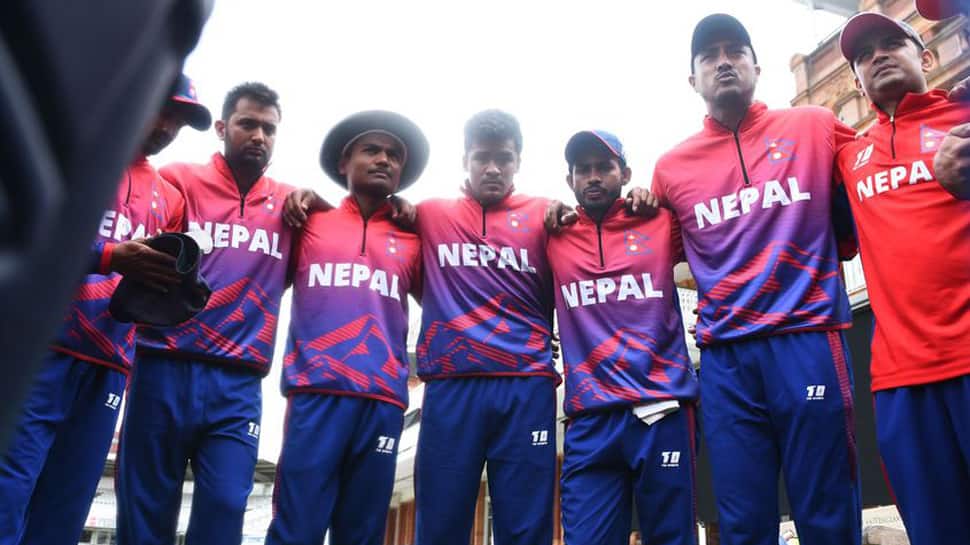 One qualification spot for the 2019 International Cricket Council (ICC) T20 World Cup Qualifier will be on the line when five teams namely Singapore, Kuwait, Malaysia, Nepal and Qatar lock horns in Singapore between July 22 to 28.

The round-robin format will see all five teams play each other once, with the side that finishes at the summit becoming one of the 14 teams to play in the United Arab Emirates in October and November for the chance to make next year’s ICC T20 Men’s World Cup.

Singapore captain Amjad Mahboob is looking forward to his country hosting the qualifiers and hopes his side can take plenty from it, both on and off the pitch.

“Cricket is an amazing game that teaches the values of never giving up and persevering to the end.It is a great opportunity to learn, play and make friends with people from a diverse nationalities playing their own unique brand of cricket," the ICC press release quoted Mahboob as saying.

And on the prospect of making it through to the next stage, he said, “It would be a dream come true and just reward for all the hard work everyone has put in to raise the cricket ecosystem of Singapore to the next level.”

Nepal captain, Paras Khadka, who played for the MCC back in 2015, enjoys playing cricket for the life skills it can presents, he said, “Cricket helps you stay level headed. The ups and downs of life is similar to the highs and lows of a cricket match.

“The best thing about cricket in Nepal is the love and passion for the game among those who play and follow the game of cricket.It would be amazing. We have the most hardworking, determined players and the most passionate fans who support the game. It would mean everything to us if we made it through to the next stage," Paras continued.

For Malaysia captain Ahmad Faiz Mohammad Noor, his favorite thing about playing cricket is the feeling he gets from batting.

“Hitting boundaries makes me happy and gives me greater confidence and develops my optimistic character.Cricket is getting bigger day by day in Malaysia. Every cricketer in Malaysia says that they don't just like cricket, but they simply love it," he said.

“For that reason it would be great for Malaysian Cricket fraternity if we were to make the next stage. More Malaysians will play the sport and cricket in Malaysia will be more competitive," Noor added.

Kuwait’s captain Muhammad Kashif Shareef’s love of cricket was born during the 1992 ICC Men’s Cricket World Cup when Imran Khan’s Pakistan beat England in the final and he has been playing ever since.

He said, “Cricket has always been the ultimate passion for me and my family, especially after the 1992 World Cup.

“I joined the local club in Lahore to start playing proper cricket and managed to reach the level of Grade 2 in Lahore - Pakistan before coming to Kuwait as a full time professional. Domestic cricket in Kuwait is thriving and it is available throughout the year.

“Top rank cricketers are enjoying the competition and there is quite a bit of rivalry amongst top teams which is pushing everyone to produce their A game.We have really worked hard to reach here and our board and team management along with coaching staff has supported us a lot. So to reach the next stage would be a dream come true," Shareef said.

For Qatar captain Tamoor Sajjad Zafar, he was inspired to pick up a bat by his father who used to play at the weekends.

And he thinks the sport has really brought people together in Qatar.

“Cricket has introduced us to so many different people belonging various cultures and traditions. Still this game has united each and everyone of us. It would be dream come true for any cricketer to be part of World Cup so to qualify for the qualifier would be another step forward towards achieving the ultimate goal," Zafar said.