The Cape Town Blitz will begin their campaign in the 2019 MSL with the opening match against Jozi Stars at Imperial Wanderers on November 8. 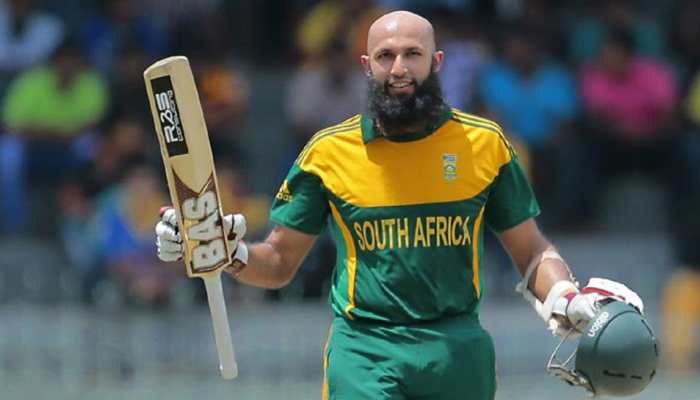 Former South African batsman Hashim Amla, who bid adieu to all forms of international cricket after his side's disappointing campaign at the 2019 International Cricket Council (ICC) World Cup, has been roped in as the batting consultant of the Cape Town Blitz for the 2019 edition of the Mzansi Super League.

Reflecting on his appointment, Cape Town Blitz skipper Ashwell Prince said that his side is looking forward to see Hashim bringing up his wealth of experience and knowledge of the game to their management team.

“Hashim has a wealth of experience and knowledge of the game and we’re really looking forward to him bringing that to our management team. There are obviously a few very promising young batsmen in our squad, and I think they will benefit immensely from having him around," the Cricket South Africa (CSA) quoted Prince as saying.

"It’s also an opportunity for him to explore whether a position such as batting consultant could be something that he might want to take up in future. I have no doubt that he’d do a great job at it if he did,” he added.

Amla will join the team from November 25, following his stint as an icon player and captain of the Karnatake Tuskers in the Abu Dhabi T10 League.

The Cape Town Blitz will begin their campaign in the 2019 MSL with the opening match against Jozi Stars at Imperial Wanderers on November 8.

Earlier in August, Amla finished his international career with a total of 18, 672 runs across three formats of the game. He had represented South Africa in 124 Tests, 181 ODIs and 44 T20Is.

Amla, who is the only cricketer from the country to score a triple Test match century, had smashed a blistering 311 not out against England in 2012 which still remains the highest individual score by a South African in Test cricket. He also holds the record of the quickest batsman to reach 3000, 4000, 5000, 6000 and 7000 ODI runs.

Virat Kohli is most searched player by cricket fans globally