Ricky Ponting is aware of how big a threat Jasprit Bumrah could be when the Aussies take on India in ICC Cricket World Cup 2019. 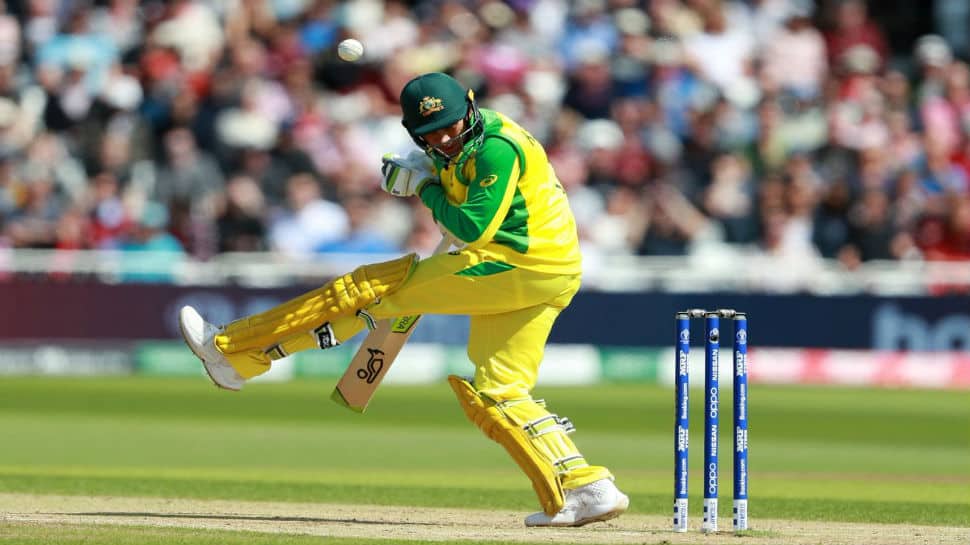 This photo was tweeted by @cricketcomau
Share:
Written By:

Australian batsmen ducked repeatedly in their ICC Cricket World Cup 2019 match against West Indies in Nottingham last Thursday. As they were peppered with the short stuff incessantly, not every bid to take evasive action proved successful with several batsmen falling prey, a few even taking body blows. Now, with the prospect of Team India using its pace battery against the Aussies with similar intensity, asistant coach Ricky Ponting has taken on the responsibility to better prepare the Australians.

Well aware of how much threat can be posed by Indian pacers led by the world's best bowler in Jasprit Bumrah, Ponting has sought to understand how batsmen in his team are approaching bouncers - both in terms of their technique as well as mentally. "I want to understand what they are thinking about at different times. It's not always just about the execution, it's about what's going inside your mind that causes the poor shots," he was quoted as saying by Cricket Australia. "You've got to find a way to cope and a way to get through hostile spells knowing that it's not going to last forever."

With the likes of Usman Khwaja and Glenn Maxwell falling to short-pitched balls in the match against the Windies, there is a chance that they are still rattled. For Ponting though, it is all about getting up after falling down. "Usman got hit again, so he's had a few hits in the last few weeks. I haven't spoken to him (to see) if he's rattled, but that's part and parcel of top order batting against brand new balls against guys who are bowling 140 kph an hour," said the former Aussie captain who has won the World Cup for his team thrice.

Speaking of Maxwell in particular, Ponting said that the attempt at a hook shot which cost him his wicket at Nottingham was quite unlike the shots the explosive batsman is comfortable with. "It's a bit of an uncharacteristic shot from (Maxwell) as well, he's not a natural hooker and puller of the ball anyway," he said. "It could be just a good learning curve for those guys at the top and hopefully they'll bounce back strong."

While the Aussie batsman were a tad vulnerable against the Windies, they eventually managed to collect full points and would be hoping for a bit more of the same against Team India, a side that won the ODI series Down Under in January. A major part of the series win was scripted by Bumrah who has made a reputation for troubling rival batsmen irrespective of the form they are in and their past records. "Bumrah we know is a very good new ball bowler and I'm sure he'll mix it up and bowl some short stuff and some full stuff," said Ponting. "Bhuvneshwar will probably not worry you too much with his pace or his bouncers. Hardik can maybe rush you a little bit, so maybe they have a decision to make on the overall make up of their side."