Sunday is not just any other day. Arch-rivals India and Pakistan are set to clash at the Old Trafford in Manchester and there is no denying the fact that it is one of the biggest rivalries on the cricket pitch. 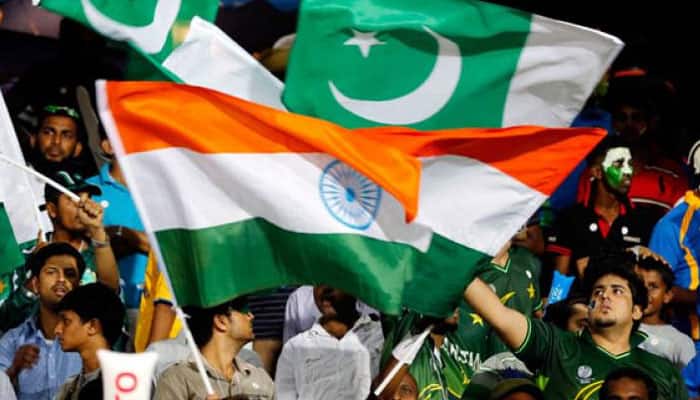 New Delhi: Sunday is not just any other day. Arch-rivals India and Pakistan are set to clash at the Old Trafford in Manchester and there is no denying the fact that it is one of the biggest rivalries on the cricket pitch.

Emotions run high not just among the players, but also the fans and that has seen the International Cricket Council (ICC) ensure that all required precautions are taken to avoid any untoward episode in what is billed as the game of the group stages of the 2019 World Cup.

Speaking to IANS, Claire Furlong, ICC General Manager, Strategic Communications, said that while she is not in a position to divulge security details, all necessary steps have been taken to ensure a safe environment.

"We do not provide details on security issues, suffice to say we work with the police and security services on an ongoing basis. Providing a safe environment for everyone at the World Cup is our priority," she said.

Interestingly, sources in the know of developments said that armed officers are expected to be part of the security arrangement being made for the game and police patrolling is also expected to be at its highest for the much-awaited clash.

India have won all the six matches that they have played against Pakistan in World Cups over the years, but the loss to the arch-rivals in the final of the Champions Trophy in 2017 is something that will still be etched in the memory of the Indian players.

But speaking at the start of the tournament, Kohli did try to play down the hype, saying: "We keep saying again and again. If you ask the players, it's very different from how the fans feel. Yes you feel the anticipation and excitement when you enter the stadium. It's just another game you need to win as a team. Yes it brings pressure because the atmosphere in the stadium is very different. But as soon as you enter, it's a game of cricket for all of us. We keep saying this again and again, but that's the truth."

Pakistan skipper Sarfaraz Khan had said ditto. But after the wash-out against New Zealand, Kohli did admit that for those playing for the first time, nerves were bound to be there.

"As soon as you enter the field, it's all calm. All the excitement and frenzy around the game could intimidate guys who are playing for the first time. For us, it's about executing our skills and we're all professionals. It's been competitive for a while now, it's been a marquee event and it's an honour to be a part of such an event," he said.

It is indeed a marquee event for all stakeholders and the ICC wants to ensure that there are no slips when it comes to safety of those present at the ground, be it the players or the fans.