Australia will now lock horns with New Zealand on June 29 while England will face India in their next World Cup 2019 clash a day later. 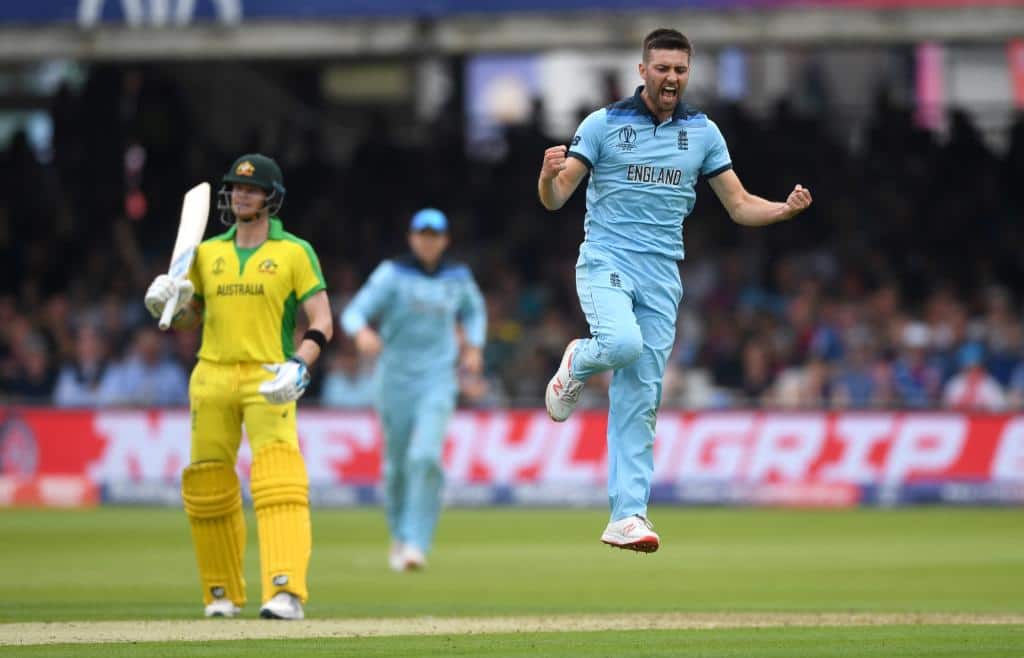 Skipper Aaron Finch smashed a blistering 100-run knock before Jason Behrendorff scalped a five-wicket haul to help Australia beat their arch-rivals England by 64 runs to become the first side to book their place in the semi-finals of the ongoing 2019 edition of the International Cricket Council (ICC) World Cup.

Asked to bat first in a crucial match at the Lord's in London, Finch not only smashed a 116-ball century but also stitched a huge partnership of 123 runs with David Warner (53) for the opening wicket to guide Australia to a total of 285 for seven in their stipulated 50 overs.

While Chris Woakes bagged two wickets for England, Mark Wood, Ben Stokes, Jofra Archer and Moeen Ali all chipped in with a wicket each.

Defending the respectable target, Jason Behrendorff was the tormentor-in-chief for Australia with his figures of five for 44 while Mitchell Starc well-supported him with figures of four for 43 as hosts England were bundled out for 221 inside 44.4 overs.

All-rounder Ben Stokes was the top scorer for England with a fine knock of 89 under pressure.

# Aaron Finch smashed a blistering knock 0f 100 off 116 balls during the match. It was his 15th century in the One-Day Internationals (ODI).

# Meanwhile, it also marked the first time in the history of the World Cup that an opening pair has hit five straight partnerships of 50 or more.

# Jason Behrendorff finished with the brilliant figures of five for 44 during the match. It was the Australian bowler's maiden international five-wicket haul.

# Ben Stokes smashed a fine knock of 89 runs for England during the match. En route to his knock, the England all-rounder also brought up his 18th ODI fifty off 75 balls.

Australia will now lock horns with New Zealand on June 29 while England will face India in their next World Cup 2019 clash a day later.