Bangladesh hero Shakib Al Hasan called his side’s seven-wicket victory over West Indies “one of the best” wins and insisted his side are now ready to spring an upset on heavyweights Australia on Friday. 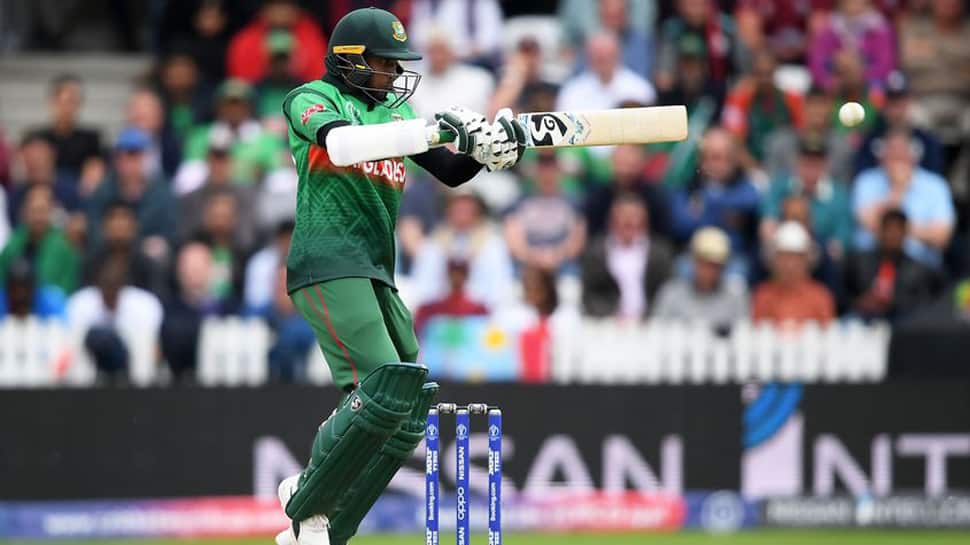 Bangladesh hero Shakib Al Hasan called his side’s seven-wicket victory over West Indies “one of the best” wins and insisted his side are now ready to spring an upset on heavyweights Australia on Friday.

As per the ICC press release, the in-form Shakib has passed 50 in all four of his innings in this tournament and is now the leading run-scorer at the ICC Men’s Cricket World Cup 2019 with a total of 384.

The stylish left-hander’s unbeaten 124 off 99 balls was the fastest of his nine ODI centuries and helped Bangladesh stroll home with 8.3 overs to spare.

Set 322 to win by West Indies, Bangladesh produced the highest successful run chase of the tournament so far but Shakib said his side had belief all along they could win.

He said: “At the end of the first innings, we thought it would be tough but everyone was comfortable and chilling.

“There was a lot of confidence and belief that we could chase it. Once we started batting, everyone felt comfortable and relaxed in the dressing room which helped us a lot. At no point did we have to panic.

“I’ve been contributing well with ball, bat and with my leadership. I’d love this to continue because there are four games left and if we are to play a semi-final, everyone has to contribute and chip in. I need to make sure I continue what I have been doing.

“It is one of the best wins because of the way we paced the innings. I was never in a rush. I was patient to wait and put the bad ball away. Every time I did that quite well.”

Bangladesh face Australia next up at Trent Bridge and Shakib insists his side are not daunted by their pace attack with two of the top three leading wicket-takers in Mitchell Starc and Pat Cummins.

He said: “We’ve faced some of the best fast bowlers in the last four matches – every team has at least two bowlers who bowl 140 kph and we’ve coped well so we’re not worried about that. We are a skilled team and we are capable of counter those challenges.”

Of his own side’s bowlers, he said: “Both new ball bowlers bowled brilliantly and we didn’t give them balls to hit. We might not have the pace of England or Australia but all our bowlers have skill.”

And Shakib paid tribute to the recalled Liton Das, hit 94 not out off 69 balls in his first innings at this World Cup.

The pair shared an unbeaten 189-run stand which was the second highest fourth-wicket stand in World Cup history.

Shakib said: “I told Liton that if you stay at the wicket then we can finish this game with three wickets down and after 10 or 15 balls, it was a treat to watch.

“I enjoyed his batting from the non-striker’s and he never put me under any pressure but the way he handled the pressure was brilliant.”

World Cup 2019, England vs Afghanistan: As it happened