While defending champions Australia are the only team to have booked a semi-final berth, the Kiwis, who are placed third, are a point away from it. 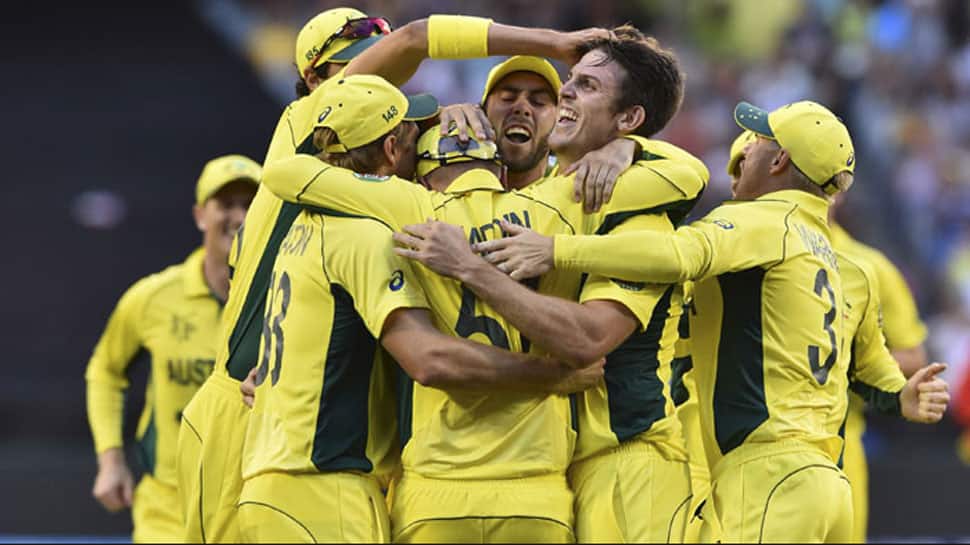 Another high-octane clash in the ongoing ICC Cricket World Cup 2019 is on the cards as two top contenders for the coveted trophy - New Zealand and Australia - are set to square off at the historic Lord's Cricket Ground on Saturday.

Presently, both Australia and New Zealand are comfortably placed in the points table. While defending champions Australia are the only team to have booked a semi-final berth, the Kiwis, who are placed third, are a point away from it.

The Kane Williamson-led New Zealand side have the best possible start to the showpiece event as they were unbeaten in their initial six games before going down against Pakistan. It is their bowling attack which has performed in every game but their batting looks a bit average.

Pacer Lockie Ferguson has led their pace attack after bagging 15 wickets from six games. Trent Boult and Colin de Grandhomme have not been amongst the wickets. However, they both have handed good support to Ferguson after bowling economically.

Boult and Grandhomme have nine and five wickets from six games but they have a decent economy of 4.46 and 4.47, respectively.

The trio will once again need to replicate their show against an in-form Australian top-order.

In batting, the Kiwis have heavily relied on skipper Williamson and Ross Taylor to bail them out. In their game against Pakistan, batting-all-rounder James Neesham also gave a glimpse of how handy he can be with the bat. The Black Caps were reeling at 46/4 against the Green Brigade before Neesham's 112-ball 97-run valiant knock propelled them to a fighting total.

With 414 runs from five innings, Williamson averages 138 and is at the fifth place in the list of the leading run-getters. A lot will depend on him against a lethal Aussie pace attack as their top-order has disappointed so far.

As for Australia, they have shown improvement with every passing game. The Aaron Finch-led side have players who can rescue them out of any tricky situations.

Openers Finch and David Warner have been the Kangaroos' main strength. Both are the two top run-getters in this World Cup. While Warner tops the chart of the leading run-getters with 500 runs from seven innings, Finch is just four runs short of him from as many games. As a pair, the duo have given great starts to their side.

The bowling has been fantastic so far as their two pacers -- Mitchell Starc and Pat Cummins -- have been brilliant. Starc has 19 wickets from seven games while Cummins has scalped 11 from as many games.

Jason Behrendorff and Nathan Lyon have further added some extra depth in their bowling.

With such match winners, Australia will aim to strengthen their position at the top while the Kiwis will try to forget their dismal show in their last game and get back to the winning mode again.

Overall, after the much anticipated Indo-Pakistan rivalry got over, fans can expect another thriller on Saturday as it will be time for the Trans-Tasmanian rivalry.