The win by a margin of 125 runs is India's biggest in terms of runs against the West Indies in a World Cup match. 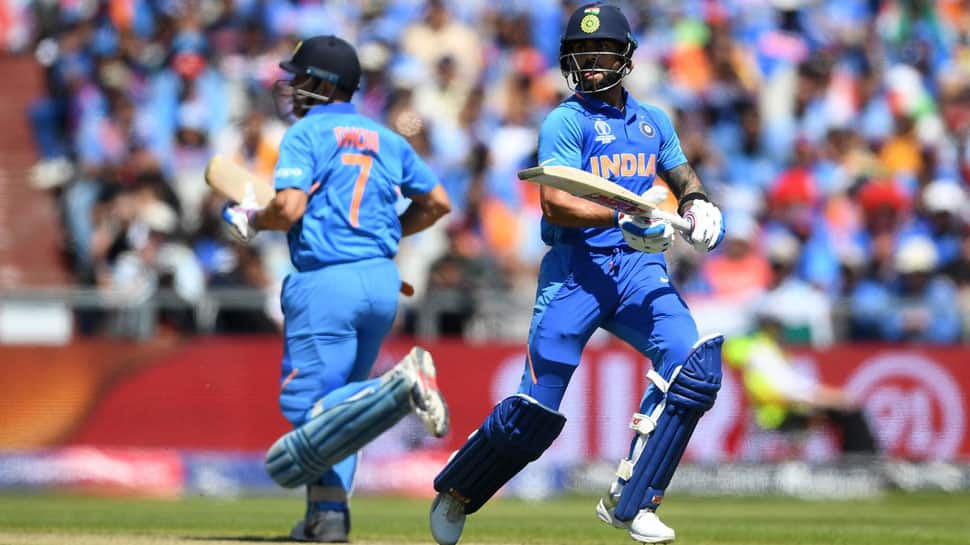 India continue to remain unbeaten in the ICC Cricket World Cup 2019 after defeating West Indies by 125 runs in match 34 of the tournament at the Old Trafford, Manchester on Thursday. The Men in Blue jumped to the second spot on the points table after recording their fifth win in six games so far.

Team India skipper Virat Kohli won the toss and opted to bat. The side posted a total of 268 runs for the loss of seven wickets in 50 overs with Kohli (72) the top run-scorer. Veteran MS Dhoni provided quality support at the same time remaining unbeaten in a knock of 56 runs off 61 deliveries comprising of three boundaries and two sixes.

The West Indies failed to put up much of a fight on a pitch which was difficult to bat on, folding up for 143 runs in 34.2 overs. Opener Sunil Ambris was the highest run-scorer for the outfit scoring 31 runs off 40 deliveries in an innings comprising of two boundaries.

Pacer Mohammed Shami was the highest wicket-taker in the Indian bowling attack accounting for four wickets.

# Virat Kohli became the fastest batsman to score 20,000 International runs. He also scored his 53rd ODI half-century during the course of the match.

# Shai Hope has completed the joint-most catches for the West Indies (15) in a Cricket World Cup during this edition of the tournament.

# The win by a margin of 125 runs is India's biggest in terms of runs against the West Indies in a World Cup match.

# The West Indies became the third team to be knocked out of the ICC Cricket World Cup 2019 alongside Afghanistan and South Africa.