India vs England, IND vs ENG 4th Test Day 3 Highlights: India dominated the opening session of Day 3. The visitors added 65 runs in the session and lost one wicket. 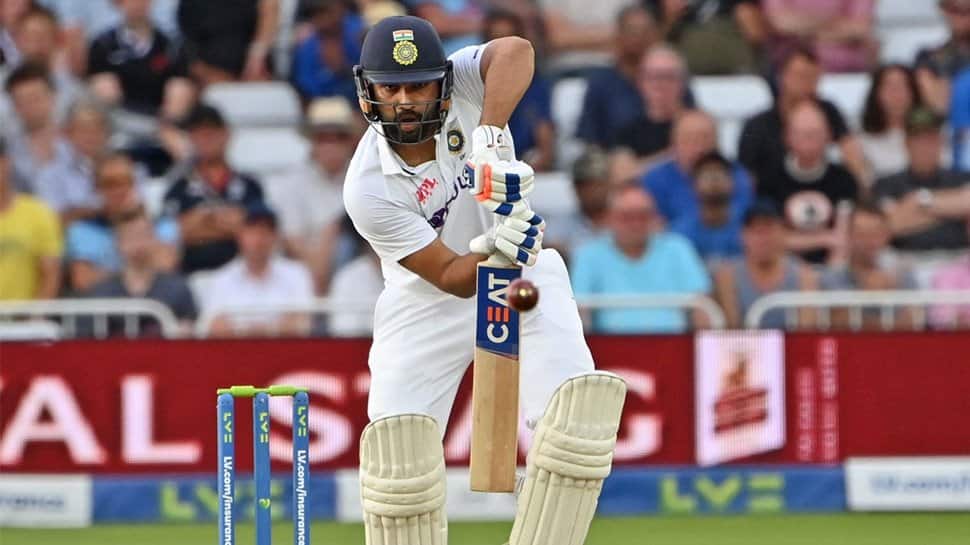 India vs England, IND vs ENG 4th Test Day 3 Highlights: A fine effort by Rohit Sharma came to an end after the 34-year-old misread a slower delivery by Ollie Robinson, which saw him getting dismissed on 127. The dismissal also brought an end to a brilliant 153-run stand between him and Cheteshwar Pujara.

Soon after his dismissal, Robinson went on to remove Pujara in the same over, bringing the hosts back in the contest. The India middle-order batsman was dismissed on 61.

Meanwhile, skipper Virat Kohli and Ravindra Jadeja are playing in the middle with India batting on 270/3 and the visitors have now taken a lead of 171 runs. The pair have added 33 runs for the fourth wicket before the play was stopped due to bad light and stumps were called eventually.

Earlier in the day, 34-year-old Rohit completed his first overseas ton in the longer format of the game. Rohit reached the three-figure mark in style, smashing Moeen Ali for six towards the long-on region. This was his eighth Test 100 in total, with the previous seven coming in home soil.

The Indian opener along with KL Rahul kicked-off the proceedings on Day 3 from their overnight total of 43/0. The pair added 40 more runs to it before James Anderson produced a gem of a delivery to dismiss Rahul on 46. He along with Rohit Sharma added 83 runs for the opening wicket.

After his dismissal, Pujara joined Rohit in the middle as India dominated the opening session of Day 3. The visitors added 65 runs in the session and lost one wicket.

Riding on half-centuries by Ollie Pope and Chris Woakes, England finished their first-inning on 290 in response to India's 191 and took a lead of 99 runs.