The decision was taken after taking into account the safety of the umpires as well as the players themselves. 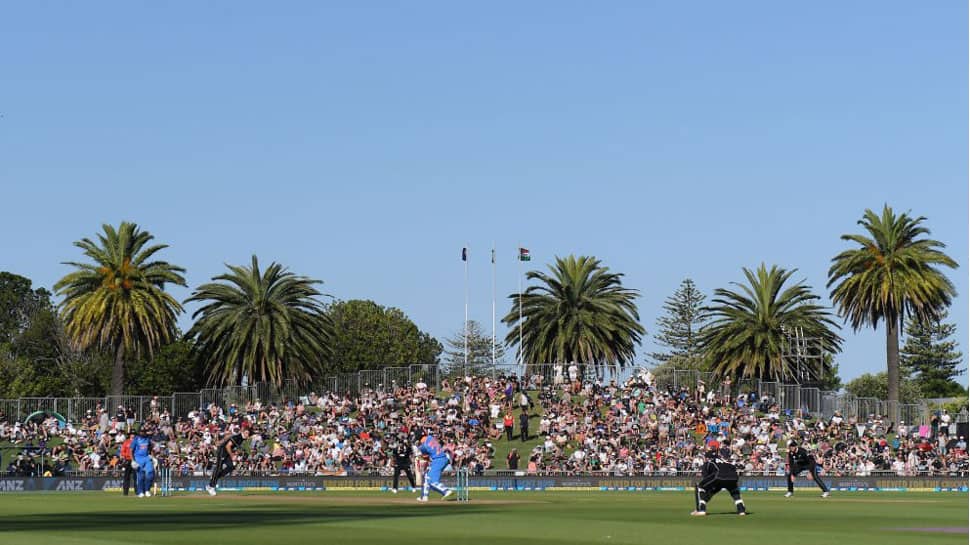 The first ODI between India and New Zealand at the Mclean Park, Napier on Wednesday, was halted for half an hour due to the vision of the players being hampered as a result of the setting sun.

The decision was taken after taking into account the safety of the umpires as well as the players themselves, in the 10th over of the Indian chase, with the visitors handed a 156 in 49 overs.

However, such a scenario is extremely unprecedented in a game like cricket, which is usually affected by delays caused due to rain, fog and bad light.

Twitterati expressed their surprise and disbelief over the situation, with some terming it as the first such interruption in an international clash.

Sun stops play, now that surely is a first

This happened in the Super Smash the other week, so surely this could have been anticipated?

India dismissed New Zealand to a score of just 157 after the hosts won the toss and opted to bat first. Kuldeep Yadav and Mohammed Shami were the key performers for India, picking four and three wickets respectively.

Skipper Kane Williamson was the highest run-scorer for New Zealand, scoring 64 runs off 81 deliveries, in a knock comprising of seven boundaries at a strike rate of 79.01.