India recovered from a crushing eight-wicket defeat in Chennai and made amends in Vizag to clinch a thumping 107-run victory in the second ODI. 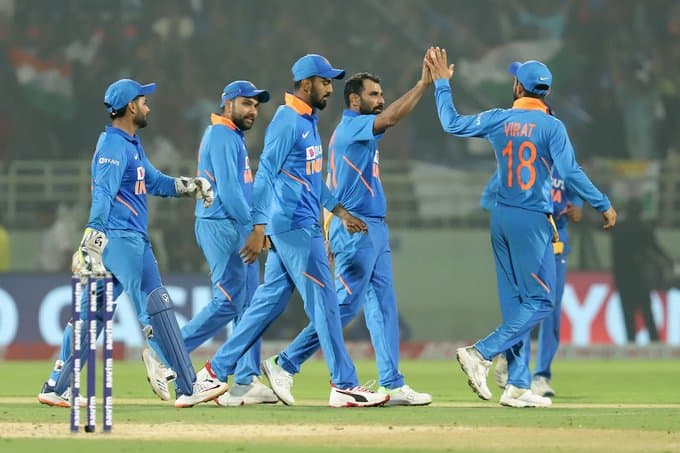 Cuttack: After clinching a series-levelling win in Visakhapatnam, Team India will look to end the year on a high when they take on the West Indies in the deciding third ODI at the Barabati Stadium on Sunday.

India recovered from a crushing eight-wicket defeat in Chennai and made amends in Vizag to clinch a thumping 107-run victory in the second ODI.

Thus, the hosts would look to carry on that form in Cuttack and register what would be their 10th consecutive bilateral series win over the Windies.

Both the opening batsman, Rohit Sharma and K.L. Rahul, are in top form and they showed how destructive they can be when they shared a 227-run partnership for the first wicket and laid a solid platform for the likes of Shreyas Iyer and Rishabh Pant to go full throttle towards the end.

Virat Kohli registered a rare first-ball duck in Vizag. However, that wouldn't be worry for the hosts as the skipper is more than capable of completely whitewashing any opponent. And given his rare failure, he would himself be eager to get back to his usual best in the decider.

In the bowling department, fast bowler Navdeep Saini, who has replaced injured Deepak Chahar, could be in line to make his ODI debut at Barabati. Left-arm spinner Kuldeep Yadav also showed signs of returning to his usual best amidst all the run-fest in the second ODI, he became the first Indian bowler to pick two international hat-tricks.

However, one area where the hosts need huge improvement is their fielding, especially their catching. The Indian players have dropped too many catches in the recent T20Is and ODIs and this could prove costly if they make similar errors in the deciding match.

In the recent years, India's fielding has improved by leaps and bounds and Kohli will expect his troops to make amends on that front going into the decider.

For West Indies, it would be about controlling the Indian batters who can shift gears at any moment. The likes of Sheldon Cottrell and Keemo Paul not only need to stop runs, but take wickets at the front to put pressure on the Indian batters.

When it comes to their batting, it will once again revolve around Shimron Hetmyer and Shai Hope who have been in great knick in the ongoing series.

And like India, the visitors too need to improve their fielding standards if they want to break the series-losing streak against the Men in Blue.

The pitch at the Barabati is expected to favour the batsmen and thus a high-scoring game can be expected, thus assuring fans quite a bit of entertainment who are expected to come in large numbers to see fours and sixes being hit by the Indian batters.