The police have reportedly registered a case against unknown miscreants under sections 342 and 379 B of the Indian Penal Code (IPC). 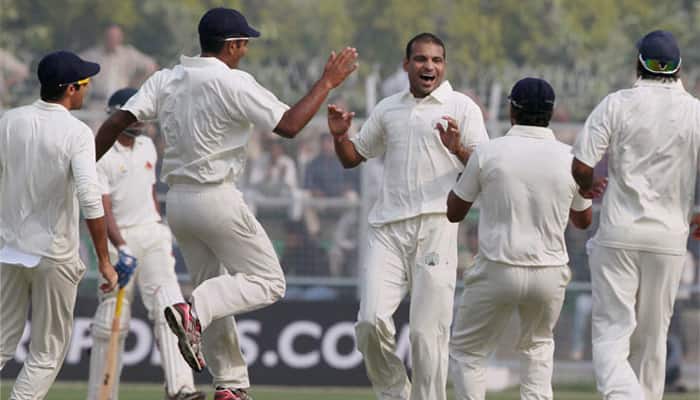 New Delhi: India's 2007 World T20 final hero Joginder Sharma was struck with a personal tragedy, after his father, Om Prakash Sharma, was attacked by two criminals, who stabbed him with a knife and looted him near his shop.

Although the ex-Indian cricketer's mention brings about the all-good memories of the 2007 World T20 final between India and Pakistan where the all-rounder dismissed Misbah-ul-Haq in the final over to help India lift the trophy, it wasn't the same case this time.

As per a report in Hindustan Times, the 68-year-old Om Prakash was leaving for home after closing his confectionery shop near Kathmandi in Rohtak, when two youths in early their 20s, came to purchase cold drinks and cigarettes. After leaving post making purchases, the duo returned a few minutes later and attacked Sharma.

In his complaint to the police, Joginder's father said, "They first tried to take cash from my pockets. But when I tried to stop them, one of the boys took out a knife and tried to stab me in my stomach. I stopped him by holding the knife in my hands. They then entered my shop and took all the cash from the drawer. They took nearly Rs 7,000."

Om Prakash was then locked by the criminals, inside his own shop. Later, a phone call was made from the injured Om Prakash to his other son, Deepak, who then rushed to the shop and broke the lock before taking his father to the hospital.

"He suffered knife injuries in his hands when he tried to stopped them from stabbing him in the stomach. He has been discharged now," revealed Deepak.

The police have reportedly registered a case against unknown miscreants under sections 342 and 379 B of the Indian Penal Code (IPC).

After the World T20, Joginder was given a job with the Haryana Police. He rose through the ranks and is now Deputy Superintendent of Police, which becomes ironic considering the latest incident involving his father.