Kolkata Knight Riders defeated Royal Challengers Bangalore by nine wickets in the match no. 31 of IPL 2021. 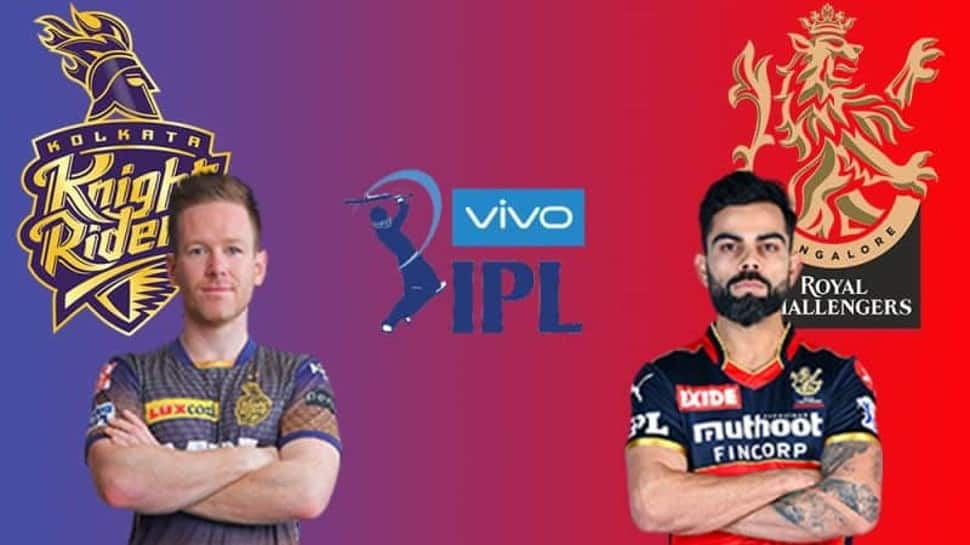 Earlier, Varun Chakravarthy and Andre Russell starred with the bowl as Kolkata Knight Riders bowled out Royal Challengers Banglore to 92 in 19 overs in an Indian Premier League (IPL) encounter.

Chakravarthy (3-13) and Andre Russell (3-9) bamboozled the opposition with a perfect bowling display. For RCB, Devdutt Padikkal and KS Bharat played innings of 24 and 16 respectively.

A superb performance from #KKR. From start to finish, they were excellent, with all their bowlers doing a vital job.#RCB are all out for 92 runs with 1 over to spare.

This is the first time #KKR haven't conceded a six in an IPL match while bowling first.

Opting to bat first, RCB had a shaky start when their captain Virat Kohli (5) was trapped in front of wickets for LBW by Prasidh Krishna in the second over of the innings. The team in blue lost another wicket on the last ball of the Powerplay as Lockie Ferguson sent back Padikkal (22 off 20) after he edged to the keeper.

Srikar Bharat and Glen Maxwell tried to stabilise the ship of RCB for the few overs but Andre Russell soon struck and dismantled the opposition. The big West Indian first sent back Bharat to the pavilion in 9th over. And then after the timeout in the very same over he bowled AB de Villiers for a first-ball duck to turn the momentum of the match in KKR's favour completely.

Click HERE to check the LIVE scorecard for KKR vs RCB

Varun Chakravarthy then struck again in the 12th over as he knocked Maxwell and then Hasaranga on two consecutive deliveries. Sachin Baby soon followed his teammates to the pavilion.

Kyle Jamieson was run out after Chakravarthy got a feather of a finger on the ball. Harshal Patel (12) and Mohammed Siraj were last to fall as RCB innings was completed with one over still to go.