Ziva Dhoni has made her presence felt since IPL 2018, there was an incident when she cheered for the MI camp leaving opener and captain Rohit Sharma in splits. 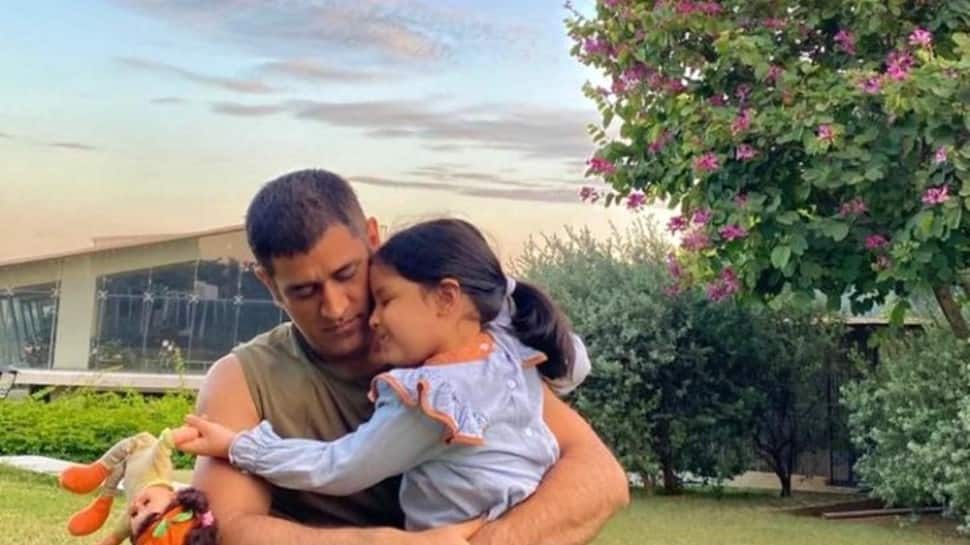 One of the most fiercest rivalry in sports these days is the one between Indian Premier League (IPL) franchises Mumbai Indians (MI) and Chennai Super Kings (CSK). The two sides are the most successful outfits in the T20 league, as between them they have won eight out of the 13 titles so far.

Though MI have now become the most successful IPL team with 5 titles, as opposed to CSK's 3, they had won IPL 2019 final by a run against MS Dhoni’s Yellow Army. Both MI and CSK dugouts are filled with star players, including the respective families of captains Dhoni and Rohit Sharma. While Ziva Dhoni has made her presence felt since IPL 2018, there was an incident when she cheered for the MI camp leaving opener and captain Rohit in splits.

Rohit had shared the video from his official Twitter handle, in July 2018, and even tagged Sakshi and Dhoni. He tweeted saying, "We have a new @mipaltan fan in the house yo!! @msdhoni @SaakshiSRawat"

Since IPL 2020, Ziva and Sakshi haven’t been a part of the CSK dugout due to COVID-19 pandemic. However, they continue to support the three-time champions from home whereas Rohit’s wife Ritika Sajdeh and daughter Samaira were part of the MI’s bio-bubble in IPL 2020 and also during the first half of the IPL 2021.

Weeks after former India captain MS Dhoni gifted himself a black stallion, his daughter Ziva has now added a new companion for the animal. Ziva shared an adorable picture of her with a pony this month. The cricketer along with his family has been spending time at the seven-acre farmhouse situated at the outskirts of Ranchi.

Dhoni was recently seen running around with Ziva’s pony at his farmhouse in a video posted by wife Sakshi. CSK are currently second on the points table when IPL 2021 was suspended last month due to rising COVID-19 cases in India.