Former greats of Australia and England could also be seen taking on each other outside the arena. 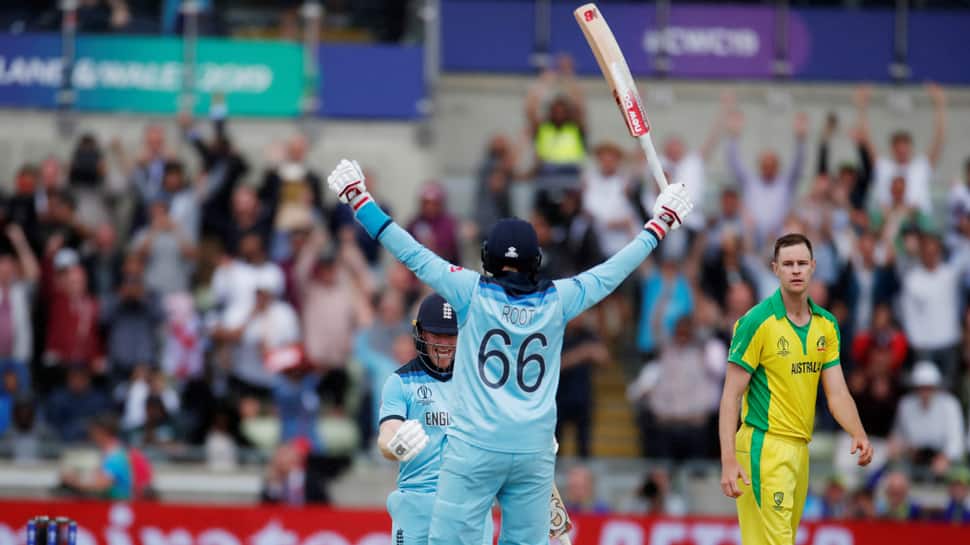 England have made it the final of the ICC World Cup 2019 after defeating five-time champions Australia in a semi-final clash at Edgbaston on Thursday. They will now face New Zealand in the final at The Lord’s and whoever wins, will lift the trophy for the first time.

While England and Australia battled it out on the ground in Birmingham, former greats of the two countries could also be seen taking on each other outside the arena. The former legendary cricketers to indulge in a banter on microblogging site Twitter were ex-skippers Adam Gilchrist and Michael Vaughan.

It started with a mocking tweet from Vaughan when English batsmen started well while chasing a target of 224 runs against Australia. He tweeted, “The Aussies should try bowling in Barefoot!!!!”.

The tweet from the ex-England captain invited an angry retort from former wicketkeeper-batsman Gilchrist, who replied saying, “Idiot”.

The off-field sledging between the Ashes rivals continued as Vaughan responded to Gilchrist’s tweet by posting a GIF image of him laying on his couch barefoot. And this was not all. After the match got over and England knocked Australia out of ICC World Cup 2019, Vaughan shared an Instagram picture of a tabloid clipping showing Australian cricketers walking barefoot on the ground.

According to Australian media, team’s coach Justin Langer had made the players take their shoes and socks off and walk on the grass during a training session ahead of the semi-final clash at Edgbaston.

It was a low scoring affair in the second semi-final of ICC World Cup 2019, as after winning toss and choosing to bat first, Australia scored just 223 runs till the end of 50 overs. The highest scorer was Steve Smith, who scored 85 runs off 119 balls. While chasing the target, England started well with openers Jason Roy and Jonny Bairstow scoring 85 and 34 runs, respectively. Joe Root and skipper Eoin Morgan remained unbeatable on 49 and 45 runs, respectively. England won the match by 8 wickets.

England vs New Zealand final at The Lord’s: Cricketing world to get new champions