Harbhajan Singh's choice of words can be questioned, but celebrities are often at the receiving end on social media. 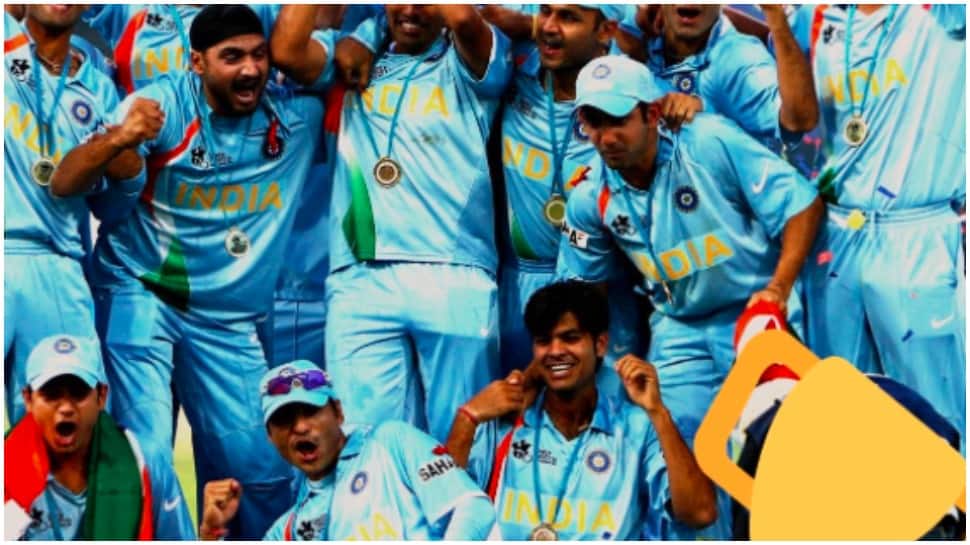 Cricketer Harbhajan Singh never minces his words. He is as brutal off the pitch as he is on the pitch. Check out his latest tweet if you don’t believe us!

On Friday, on the occasion of the 14 years of the India’s glorious victory in the first T20 World Cup, Singh posted a picture in which he is celebrating the grand win with his teammates. He used discretion and masked one part of the photograph. But as is the nature of social media, a Twitter user found it objectionable. So, the user wrote, “Nice Bhai Nicely Croped MSD Photo.”

It was an apparent dig at Singh, which the cricketer didn’t like, obviously.

Now u can lick what u see in the picture I cropped https://t.co/K5m8mHU2go pic.twitter.com/LRrLf2LsME

But then he retorted in a way which surprised many.

Singh posted the same photo without any masking and it turned out that the masked part was actually a person’s back. As if this in itself was not enough, Singh wrote alongside, “Now u can lick what u see in the picture I cropped.”

When your FAITH become stronger than your FEAR … then your dream can become a reality #champions #T20WorldCup2007 #TeamIndia pic.twitter.com/fuOWN2VLba

Celebrities are often at the receiving end on the social media, but many of them have started taking trolls head-on recently, and Singh’s answer will only give them more confidence to do so. However, Singh’s choice of words can definitely be questioned.