On this day in 2014, Indian opener Rohit Sharma scripted this record

Rohit achieved the feat during India's fourth ODI of the five-match series against Sri Lanka at the Eden Gardens in Kolkata in 2014. 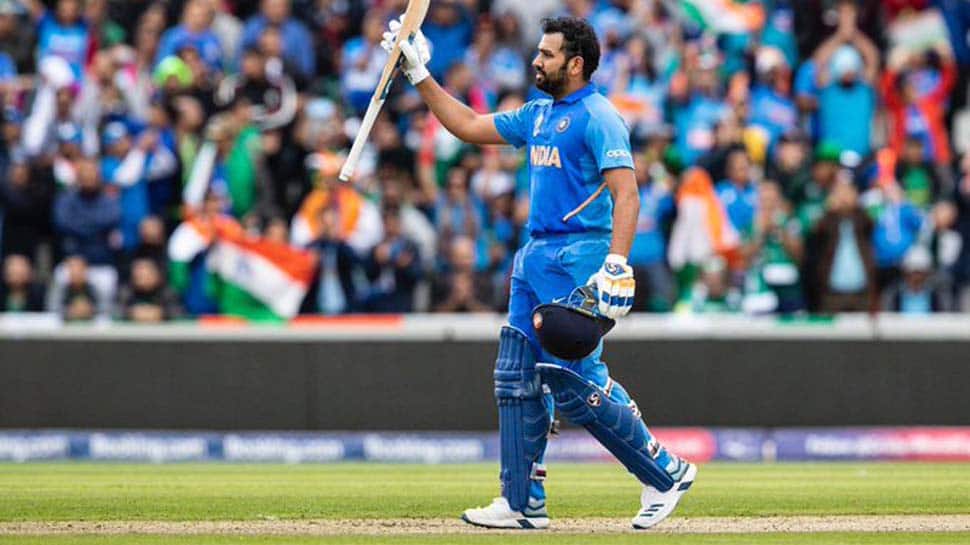 On November 13 in 2014, Indian opening batsman Rohit Sharma created history by notching up the highest individual score in the One-Day International (ODI) format of the game.

The Board of Control for Cricket in India took to their official Twitter handle to inform its followers that Rohit broke the record of the highest individual score in the 50-over format by smashing a scintillating knock of 264 runs on this day six years ago.

Sharing the video of Sharma's splendid knock, the country's cricket board further wrote that Sharma's blistering knock was decorated with 33 boundaries and nine maximums.

"#OnThisDay in 2014, @ImRo45 created history by smashing 264 - the highest individual score in the ODIs.A Top knock that included three fours and nine sixes," the BCCI tweeted.

#OnThisDay in 2014, @ImRo45 created history by smashing 264 - the highest individual score in the ODIs

A knock that included  fours and sixes #TeamIndia

The 33-year-old opener achieved the feat during India's fourth ODI of the five-match series against Sri Lanka at the Eden Gardens in Kolkata in 2014.

After India won the toss and elected to bat first, Sharma not only notched up a double century knock off 173 deliveries but also stitched mammoth partnerships of 202 runs with Indian skipper Virat Kohli (66) and 109 runs with Robin Uthappa (16) to help the Men in Blue post a mammoth total of 404 runs.

Sharma kickstarted his innings on a slow note, reaching the 50-run mark in 72 deliveries before completing another half-century off just 28 balls. The Indian batsman then brought up his double century off 151 balls.

In reply, Dhawal Kulkarni finished with brilliant figures of four for 34 in his 10 overs, while Axar Patel, Umesh Yadav and Stuart Binny all chipped in with two wickets each to help India bundle out Sri Lanka for 251 inside 43.1 overs and register a crushing 153-run win.

Angelo Mathews and Lahiru Thurumanne were the notable contributors for Sri Lanka with 75 and 59 runs, respectively.

Sharma was declared 'Man of the Match' for his impressive performance with the bat.

On a related note, Mumbai Indians skipper Rohit recently played a captain's knock of 68 to help his side beat Delhi Capitals by five wickets in the final of the 2020 Indian Premier League (IPL) and successfully defend their title.

With the victory, the Mumbai franchise lifted the coveted title for a record fifth time.