On this day in 2017, Moeen Ali became 1st England spinner in 79 years to grab Test hat-trick

Ali became the first English spinner since Tom Goddard in 1938 to grab a hat-trick in Test cricket. 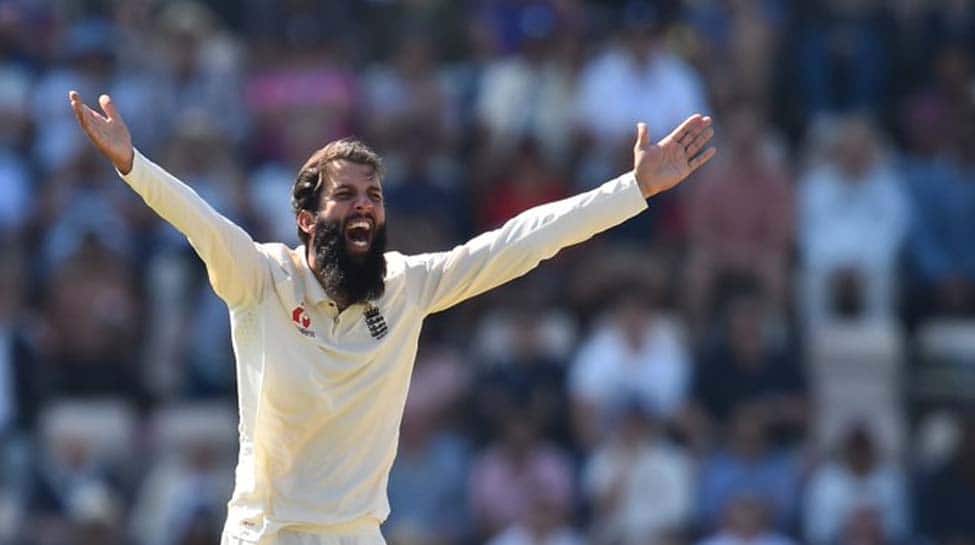 On July 31 in 2017, Moeen Ali created history by becoming the first England spinner in 79 years to grab a hat-trick in the longest format of the game.

The International Cricket Council (ICC) took to its official Twitter handle to reveal Ali's feat which helped England clinch a massive 239-run win against South Africa on this day three years back.

"#OnThisDay in 2017, Moeen Ali became the first England spinner in 79 years to take a Test hat-trick, helping his side secure a 239-run win over South Africa at The Oval," the world's cricket governing body tweeted.

Dean Elgar
Kagiso Rabada
Morne Morkel#OnThisDay in 2017, Moeen Ali became the first England spinner in 79 years to take a Test hat-trick, helping his side secure a 239-run win over South Africa at The Oval pic.twitter.com/1fZgjgMOLM

Ali achieved the feat during South Africa's huge chase of 492 runs to win against England in the third Test of the three-match series at The Oval.

Dean Elgar's blistering knock of 136 came to end when he was caught at slip by Ben Stokes off a Moeen Ali delivery on the fifth ball of the 76th over in South Africa's second-innings.

On the very next ball, Kagiso Rabada fell second victim of Moeen after he departed for a duck in a similar fashion as Elgar.

Ali completed the hat-trick by trapping Morne Morkel (0) leg before wicket on the first ball of his next over.

As a result, Ali became the first English spinner since Tom Goddard in 1938 to grab a hat-trick in Test cricket. Meanwhile, Stuart Broad is the only player from England to have taken two hat-tricks in the longest format of the game.

Meanwhile, it was also the first hat-trick at The Oval in the ground's 100th Test match.

Earlier during the match, Ben Stokes (112) and Alastair Cook (88) showcased decent performances with the bat before England were bundled out for 353 in their first-innings.

In reply,Toby Roland-Jones claimed five wickets, James Anderson took three wickets and Stuart Broad and Ben Stokes chipped in with a wicket each to help their side bowl out South Africa for 175.

Subsequently, Joe Root (50), Tom Westley (59) and Jonny Bairstow (63) smashed a half-century each as England declared their second-innings at 313/8.

India will not be as effective as Neil Wagner in bowling bouncers: Matthew Wade