Stoinis failed to make it to the 13-member Australian Test squad despite notching up scores of 10, 81, 21 and 85 in two JLT Sheffield Shield games this season. 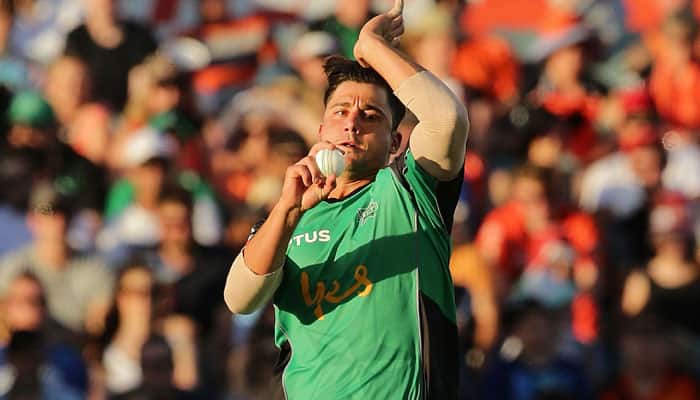 Former Australian cricketer Shane Watson has expressed confidence that all-rounder Marcus Stoinis would soon get an opportunity to play Test cricket, adding that the latter could prove to be a valuable asset for the national side.

Watson's comments came as his side Sydney Thunder is all set to face Melbourne Stars, who have selected Stoinis in the squad, in the first game of the upcoming sixth edition of the Big Bash League (BBL).

Describing Stoinis as an "extremely skilled all-rounder",Watson said that the former is technically very sound for Test cricket and that he would be shocked if the all-rounder doesn't get the opportunity to represent Australia in the longest format of the game at some stage.

"I think he's a very skilled allrounder in all formats. In the end, I'd be surprised if he doesn't have an opportunity to be able to play Test cricket for Australia at some stage," cricket.com.au quoted Watson as saying.

"He's a skilful guy, he's a technically very sound four-day batsman as well as we've seen in one-day and T20 cricket, he's a power hitter as well.I've got no doubt at some stage, he'll get a (Test) opportunity,"he added.

Earlier, Australian spin legend Shane Warne had called on Australia to hand Stoinis a Test debut against India, but the Tim Paine-led side had decided to go with six frontline batsmen in the first two Tests of the four-match series.

Stoinis failed to make it to the 13-member Test squad despite notching up scores of 10, 81, 21 and 85 in two JLT Sheffield Shield games this season.

However, the Victorian batsman is in no doubt to represent Melbourne Stars in the BBL, which is slated to take place from January 5 to February 8, despite suffering a minor ankle injury while warming up at the Melbourne Cricket Ground (MCG).

“(My ankle) pulled up pretty well and it was in a good spot if you were going to do one.I don’t think it’s healed, but it’s something that I can play with," Stoinis said.

“It will take three or four weeks to heal fully, but as long as I’m managing it properly it’s all good.(Test selection) was on my mind but selection was on Tuesday, so my focus stays with the Stars.I’m looking forward to starting the BBL,” he signed off.

Stoinis, who made his national debut in 2015 during a tour to England, has appeared in a total of 21 ODIs and 17 T20Is for Australia so far. He has also played in 53 first-class games, scoring 2,857 runs and bagging 52 wickets.

I had a chance to stop it and I didn't do: Steve Smith on ball-tampering debacle