On Thursday, Hardik took to Instagram to announce the birth of his and Natasa's first child. 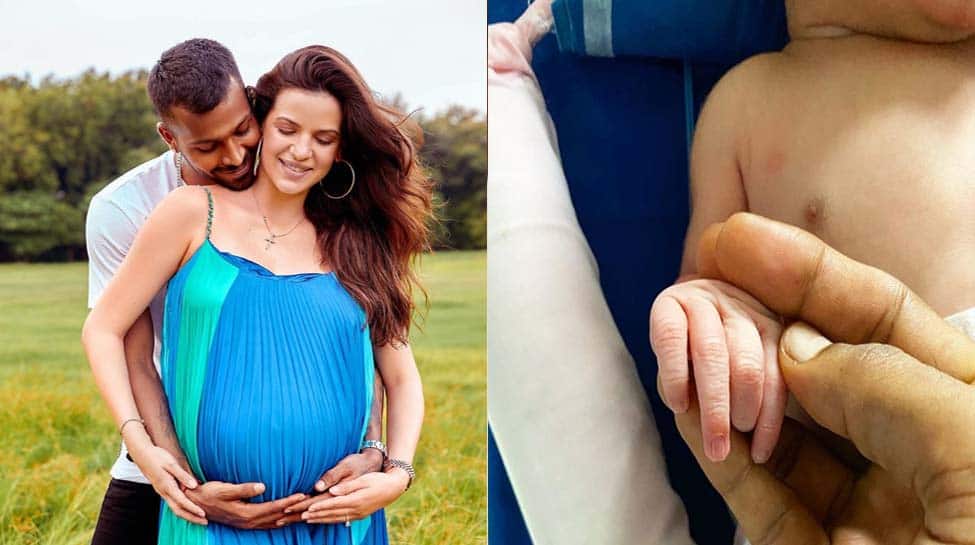 Indian all-rounder Hardik Pandya and his actress wife Natasa Stankovic were recently blessed with their first child--a baby boy. Soon after the couple shared the news on social media, wishes started pouring in for the new parents not only from the cricket fraternity but also from the film industry.

On Thursday, Hardik took to Instagram to announce the birth of his and Natasa's first child.

"We are blessed with our baby boy,"the Indian all-rounder wrote alongwith an adorable picture of him holding his newborn baby's hand. However, the face of the little munchkin is not visible in the photo.

From Indian skipper Virat Kohli to Bollywood actress Athiya Shetty, all took to their official Instagram handles and congratulated the couple on the birth of their first child.

"Congratulations you both," Kohli commented on Pandya's post on his new-born baby.

Indian opener Shikhar Dhawan too congratulated his brother Hardik Pandya and Natasa on the birth of their son.

"Congratulations my brother @hardikpandya93 on the birth of your son! Lots of love to Natasa, the beautiful boy and you  Hope everyone is healthy," Dhawan stated.

"@hardikpandya93 ah what a blessing. Congrats bro," he commented.

Let us take a look at the wishes: 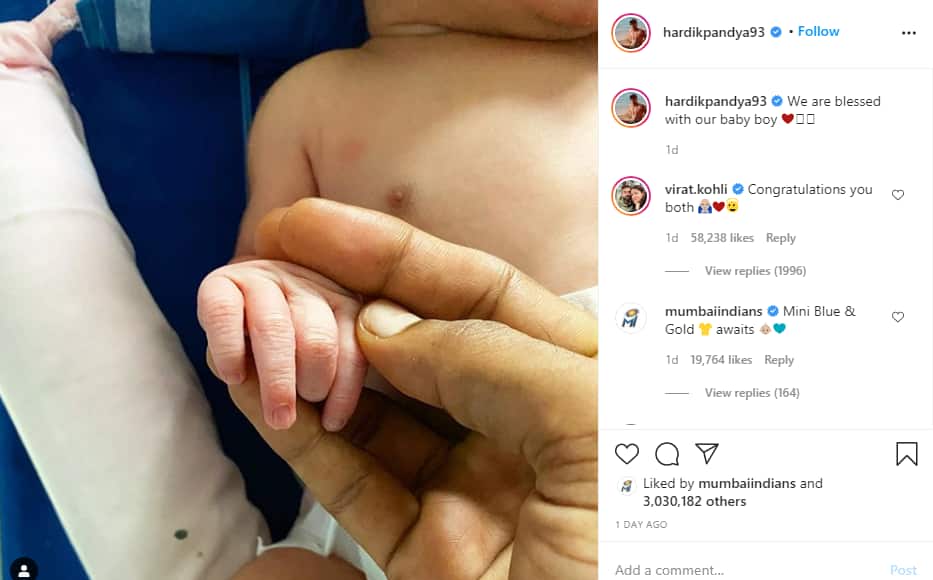 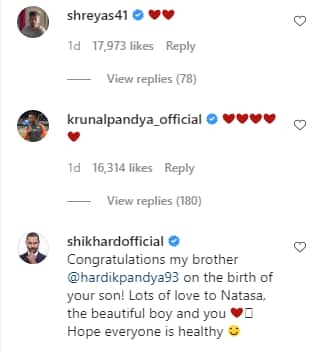 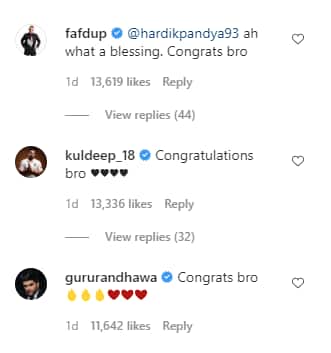 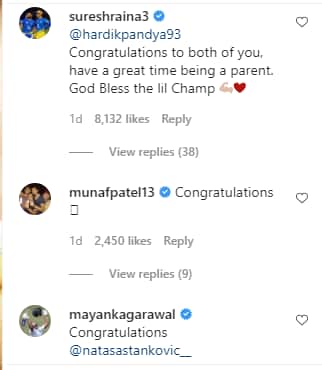 Last month, Hardik and model-actress Natasa Stankovic had announced that they have tied the knot and they are expecting their first child together.

Hardik proposed to Natasa on a yacht in Dubai and gave her a ring earlier this year. The video created a flutter online at that time.

Natasa is a Serbian model, who made her debut in Bollywood with Prakash Jha's 'Satyagraha'. She participated in the reality show 'Bigg Boss 8' back in 2014-15. She has featured in several hit Bollywood songs like 'Mehbooba' from 'Fukrey Returns', 'Zindagi Meri Dance Dance' from 'Daddy amongst various others. She has also done a few dance numbers in Tamil and Kannada movies.

Hardik, on the other hand, is set to represent Mumbai Indians in the 2020 edition of the Indian Premier League (IPL), which will now take place from  September 19 onwards in the United Arab Emirates (UAE).

On this day in 2017, Moeen Ali became 1st England spinner in 79 years to grab Test hat-trick