Australian fast bowler Mitchell Starc's four-wicket haul during England clash saw him climb up to the top spot in the list of highest wicket-takers in the ongoing quadrennial event. 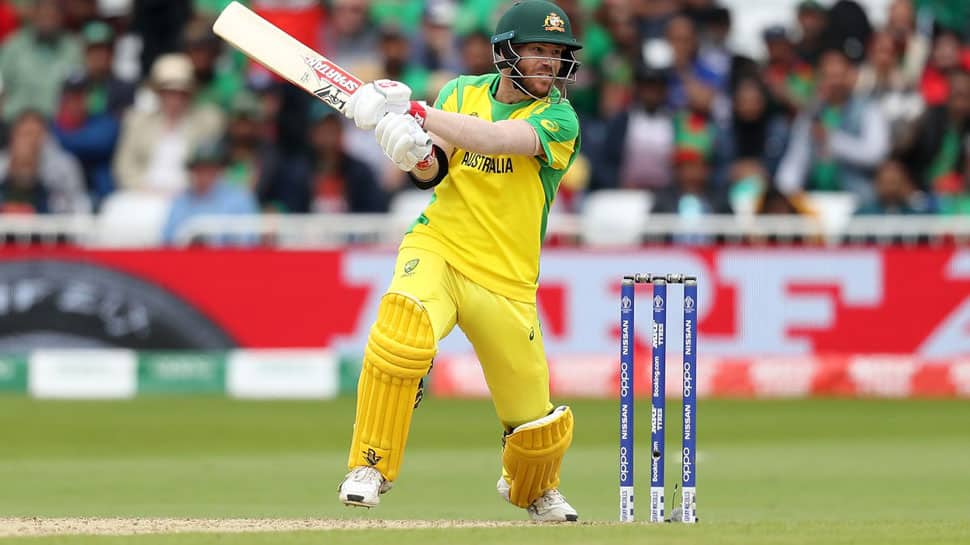 Skipper Aaron Finch pulled back a 100-run knock before Jason Behrendorff claimed a five-wicket haul to help Australia hammer their arch-rivals England by 64 runs and become the first side to seal a semi-final place in the ongoing 2019 edition of the International Cricket Council (ICC) World Cup.

Put in to bat first in a crucial match at the Lord's in London, Finch not only smashed a 116-ball century but also shared a huge 123-run stand with David Warner (53) for the opening wicket as Australia posted a good total of 285 for seven in their stipulated 50 overs.

For England, Chris Woakes bagged two wickets, while Mark Wood, Ben Stokes, Jofra Archer and Moeen Ali all contributed with a wicket each.

Defending the target, Jason Behrendorff was the tormentor-in-chief for Australia as he finished with brilliant figures of five for 44 while Mitchell Starc well-supported him with four wickets as hosts England were bowled out for 221 inside 44.4 overs.

All-rounder Ben Stokes was the highest scorer for the hosts with a fine knock of 89 under pressure.

Let us take a look at the highest run-scorers and wicket-takers after England vs Australia match:

Australian opener David Warner's knock of 53 runs during the clash against England saw him dethrone Bangladesh all-rounder Shakib Al Hasan at the top spot in the list of players with highest runs in the 2019 ICC World Cup. Warner is leading the table with a total of 500 runs from seven matches he has played so far in this year's mega event.

Warner is being closely followed by his opening partner and skipper Aaron Finch, who has climbed up two places to stand at the second spot after scoring a magnificent knock of 100 off 116 balls at Lord's on Tuesday. Finch has ammassed a total of 496 runs from seven games.

Shakib is now standing at the third position in the list after scoring a total of 476 runs in seven World Cup 2019 matches for Bangladesh.

England batsman Joe Root and New Zealand skipper Kane Williamson round off the top five with 432 and 373 runs from seven and four innings, respectively.

Australian fast bowler Mitchell Starc's four-wicket haul during England clash saw him climb up to the top spot in the list of highest wicket-takers in the ongoing quadrennial event. He has a total of 19 scalps to his tally from seven games he has played in the 2019 World Cup for Australia.

England's Jofra Archer, who bagged the crucial wicket of Aaron Finch (100), continues to stand at the second position with 16 wickets from seven matches.

Pakistan fast bowler Mohammad Amir has dropped two places to the third spot. He has bagged 15 wickets in five matches.

With 14 wickets from five games, New Zealand's Lockie Ferguson is standing at the fifth spot, while England bowler Mark Wood completes the top five with 13 wickets from six matches.