World Cup: Ravi Bishnoi stars as India U19 crush Japan U19 by 10 wickets

India U19 will next lock horns with New Zealand on Friday, while Japan will face Sri Lanka in their last Group A match of the tournament on Saturday. 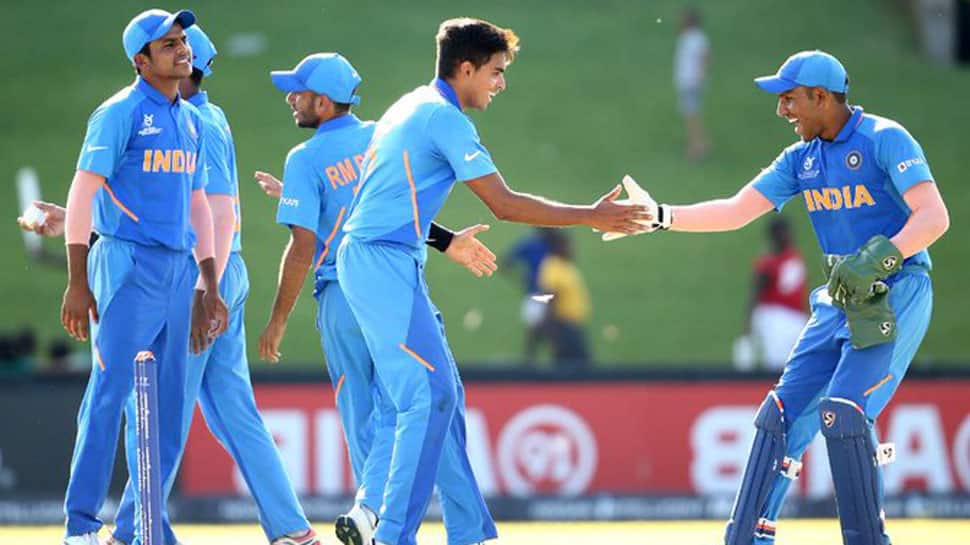 Ravi Bishnoi bagged a four-wicket haul to help the Indian Under-19 team crush Japan Under-19 team by 10 wickets in the second Group A match of the International Cricket Council (ICC) U19 World Cup at Mangaung Oval in Bloemfontein on Tuesday.

Opting to bowl first, the Indian bowlers torn apart Japan's batting line-up to bundle them out cheaply for 41 runs inside 22.5 overs. None of the Japanese batsmen were able to reach the two-figure mark, with opener Shu Noguchi (seven off 17 balls) being the top scorer for them.

For India, Bishnoi was the tormentor-in-chief as he finished with brilliant figures of four for five. While Kartik Tyagi bagged three wickets conceding just 10 runs, Akash Singh and Vidyadhar Patil claimed two and a wicket, respectively.

In reply, openers Yashasvi Jaiswal (29) and Kumar Kushagra (13) remained unbeaten at the crease to help the Men in Blue cross the mark in just 4.5 overs.

Bishnoi was declared 'Man of the Match' for his impressive performance with the ball.

On Sunday, the India U19 men's cricket team produced an all-round performance to crush Sri Lanka U19 by 90 runs at the same venue and kick off their campaign at the showpiece event on a winning note.

Meanwhile, Japan's opening clash of the tournament against New Zealand ended in no result after rain played spoilsport just when the Kiwis were threatening to post a big total.

India U19 will next lock horns with New Zealand on Friday, while Japan will face Sri Lanka in their last Group A match of the tournament on Saturday.