The BCCI uploaded a slow-motion video where Kohli bowls and the ball comes back in sharply to Rahul during the intra-squad match in Southampton. 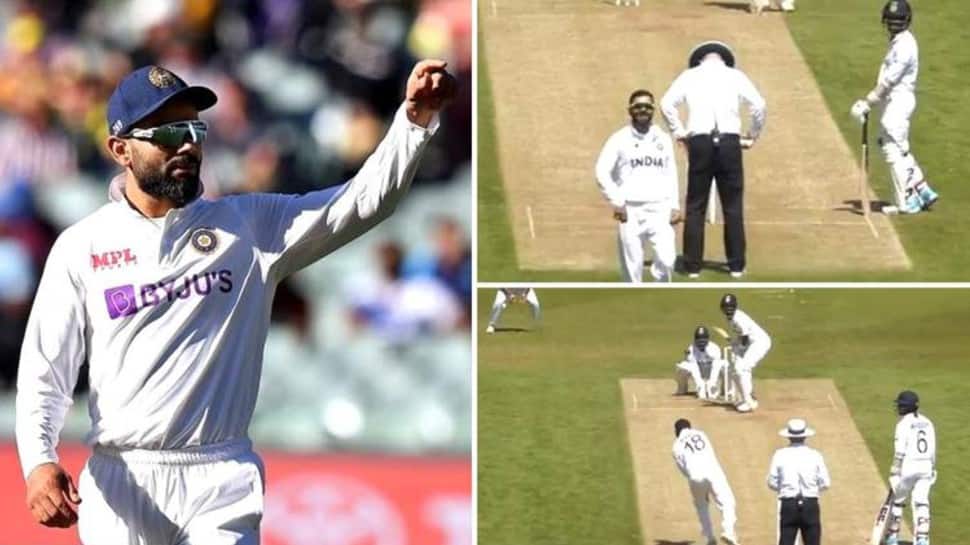 Known for his sublime strokeplay with the bat, Virat Kohli had other ideas when he took to the field at Southampton for India’s intra-squad game on Saturday ahead of the World Test Championship final. After having a bat, the Indian skipper to have some fun and he hence rolled his arms over. On Day 2 of the four-day game, Kohli was seen bowling to his opposite number KL Rahul.

The BCCI uploaded a slow-motion video where Kohli bowls and the ball comes back in sharply to Rahul, who somehow manages to get his bat down on time and keep it out. The full delivery is not shown in the first video and BCCI asked in the caption of the post, ‘What happens next’.

“Captain vs Captain at the intra-squad match simulation. What do you reckon happened next?” the BCCI post read. Three options were also given in the post – Straight-drive (OR) Defense (OR) LBW.

Meanwhile, young cricketers Shubman Gill and Rishabh Pant got among the runs which would give them confidence ahead of the WTC final against New Zealand. While Gill scored 85 off 135 balls, Pant was more aggressive as he smashed a whirlwind 121* off 94 balls. Pacer Ishant Sharma got three wickets as he conceded 36 runs. Being the senior pacer in the side, he would be the key for India in the final that starts from June 18 at Southampton.

The Kohli-led side will also play a five-match Test series against England.