You can't select World Cup side based on IPL performances, feels Rohit Sharma

The Mumbai Indians skipper also acknowledged that the IPL has helped him in his preparations for the upcoming mega event. 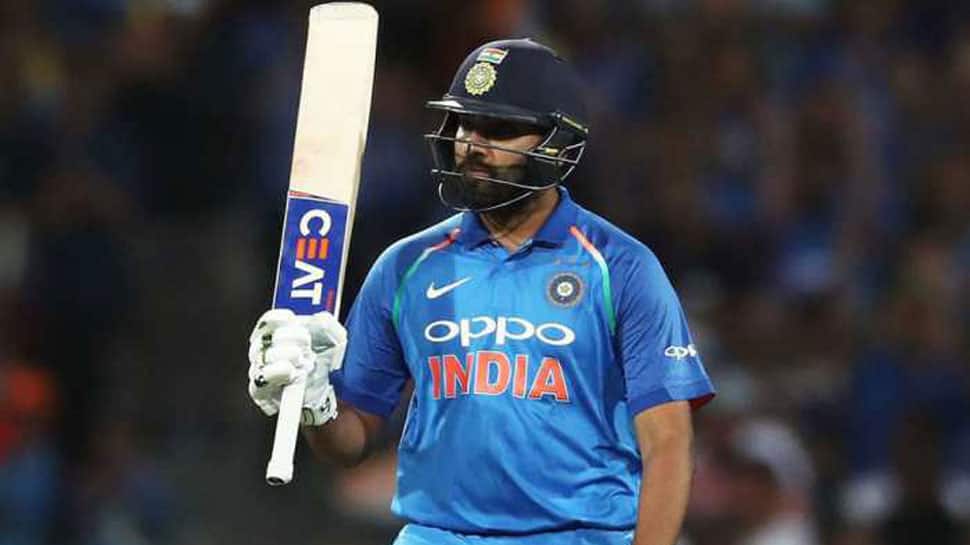 Indian vice-captain Rohit Sharma firmly believes that for World Cup selection, the players should be judged on the basis of 'performance and form' in the last four years and not on how they perform during the IPL.

The World Cup will begin days after the conclusion of IPL on May 12.

The national selectors are keeping a close eye on the IPL for picking the 15-member Indian squad for the mega-event.

"With their inputs, the selectors will keep an eye on what is happening with those guys in the IPL although I feel the IPL should not be the criteria for team selection," he said at the launch of a new website cricket.com on Thursday.

"They have played enough international matches to see where each individual stands. You can't select a team for the 50-over format from a 20-over event, it's my personal opinion. The IPL is a different ball game. It's franchise cricket and yes, form matters a lot."

"In the last four years, we have played enough One Day International matches, enough T20 cricket. That should be enough for guys to understand that these are the players that we want," he added.

However, the Mumbai Indians skipper also acknowledged that the IPL has helped him in his preparations for the upcoming mega event.

"Every time we play IPL, there is some big event right after happening - a big Test series or big one-day series. It does help also. 35-plus or 40 guys will probably need some rest. I was talking to Jasprit (Bumrah) the other day. He needs to play a lot of matches and bowl a lot to be match fit than be at home. I also, as a batter, need to play," Rohit said.

India have a more or less settled squad for the World Cup, barring one slot and Rohit feels skipper Virat Kohli's preference is utmost most important to sort out that position.

Rohit, who is a certainty in the World Cup squad as an opener, also said that the specific spot that needs to be filled would be dictated by conditions that are likely to prevail in England during the World Cup, commencing May 30.

"I think we are pretty much settled. A few spots are there which everyone knows about. It all depends on what the captain, coach and selectors think about the combination, whether we need to go with an extra middle-order batsman, extra opener, extra seamer or spinner. Conditions in England will matter a lot," he said.

"I know how it works with the captain. The preference of the captain is very important in terms of that extra player he wants in the squad. I think Virat and (Indian team's head coach) Ravi Shastri have to decide what exactly the combination that they want or what extra player or where is that extra cushion they are looking for. That is something that will matter the most."

Rohit believes that the team management will have to play a gamble in selecting the squad with regard to picking up that extra player.

"Last summer when we were there the conditions were really dry. But we don't know whether it will be the same (during the World Cup). If it is (the same) we need an extra spinner there - it's as simple as that," he said.

"If it's not, probably we will need an extra seamer there. I also understand we would not know what the weather conditions will be (but) we have to select the team in the next few days or weeks, actually."

Hot conditions in England would be an advantage for sub-continent teams: Kevin Pietersen