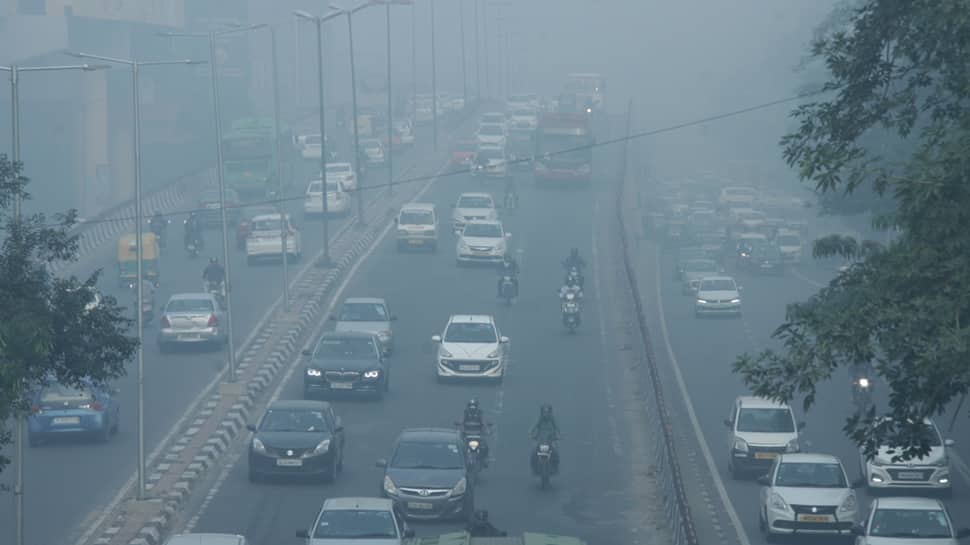 The air quality in the national capital and areas around it improved on Monday but remained in the 'poor' category. However, Noida's pollution level was comparatively low, in the 'moderate' category. In the morning the Air Quality Index (AQI) docked at 211, according to the Center-run System of Air Quality and Weather Forecasting And Research (SAFAR).

According to SAFAR, the strong surface and boundary layer winds have contributed to the quick recovery from air pollution. The high surface winds have been forecasted to continue for the next 24 hours and thereafter likely to decrease slowly. The AQI is forecasted to further improve by Monday afternoon and likely to stay at 'moderate' to the lower end of 'poor' category for Tuesday.

The air quality is likely to deteriorate slightly to the poor to the lower end of very poor category for November 19. Further deterioration is expected to higher-end very poor category by November 20. The effective stubble fire counts estimated as per SAFAR-multi-satellite product is 214 on November 16, stubble transport-level wind direction is North-northwesterly, but since the wind speed is very high no accumulation is expecting. November 18 stubble contribution in PM2.5 is estimated at 9 per cent.

On Sunday, Delhi Chief Minister Arvind Kejriwal had said that the air pollution in the national capital is due to stubble burning and added as the farm fires are coming to an end, the air quality is improving.

Delhi government`s Dialogue and Development Commission Vice-Chairman Jasmine Shah shared a tweet with pictures showing that the air quality in Delhi is improving as the stubble burning reduces. "The AQI levels dip to below 200 (moderate level) in most parts of Delhi, exactly as farm fires reduce to a handful in Punjab, Haryana and UP. These pictures from 10 a.m. today say it all," Shah tweeted.