Protesting Delhi Police personnel on Tuesday booed and jeered a top officer as he sought to placate them during their agitation against the assault on some of their colleagues by lawyers at Tis Hazari and Saket court complex. 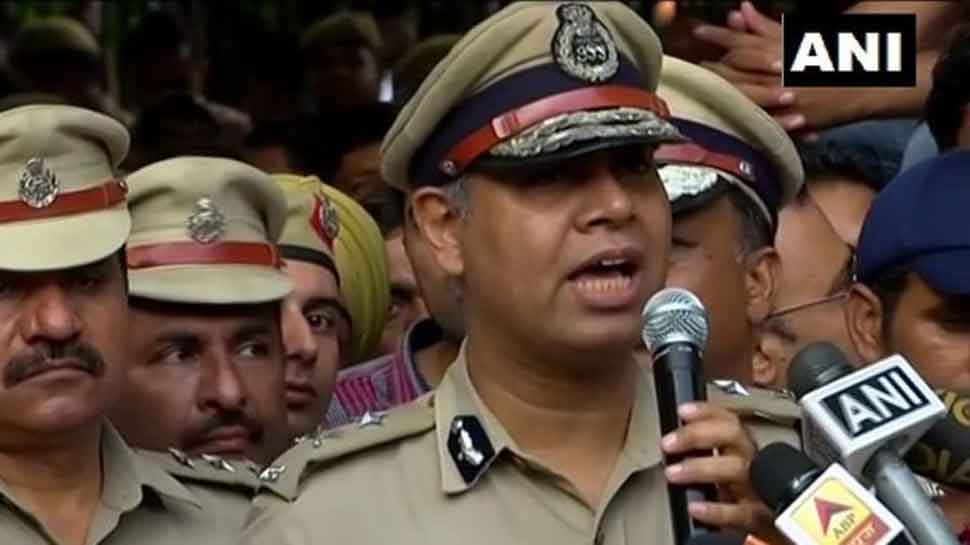 New Delhi: Protesting Delhi Police personnel on Tuesday booed and jeered a top officer as he sought to placate them during their agitation against the assault on some of their colleagues by lawyers at Tis Hazari and Saket court complex.

The protest got a new twist as Haryana Police Association also extended its support to the agitating Delhi Police personnel.

Members of the association joined the protest at the police headquarters here, where family members of many Delhi Police personnel were also seen agitating.

Rajesh Khurana, Joint Commissioner of Police, after holding a meeting with Delhi Police Commissioner Amulya Patnaik tried to speak to the agitating police personnel but he was not allowed to address them by a jeering crowd.

He managed to speak a few words like "We have explained our side to the head of our family the Commissioner of the things we faced."

He said, "We are the ones who enforce the law and we have to continue with our work" and "We must obey the law and order."

Khurana told the policemen that "Most of the times we spend our maximum time on duty instead of giving time to our families. We even work during festivals and spend the time in field."

However, there were loud shouts by the protesting cops like "we want justice", which drowned out his voice and he left.

On Tuesday, since morning hundreds of Delhi Police personnel staged an unprecedented protest against assault on their colleagues by lawyers at the Tis Hazari and Saket courts on Saturday and Monday.

While it has been a measured response by the man who is heading the police force of Delhi, loud voices of dissent reverberated at the PHQ at ITO.

Earlier in the day, Patnaik assured of a "fair probe", calling it a "testing time for us". But most importantly, he asked them to end the stir and join back work.

As the policemen, carrying placards, raised slogans for hours outside the Police Headquarters at ITO, Patnaik finally stepped out and told them that it was a "testing time for us". He urged the policemen to rejoin duty and maintain peace.