Sarbjit movie review: Randeep Hooda, Aishwarya Rai bachchan's movie is a tragic biopic which has its heart in the right place

Review of 'Sarbjit' is out! 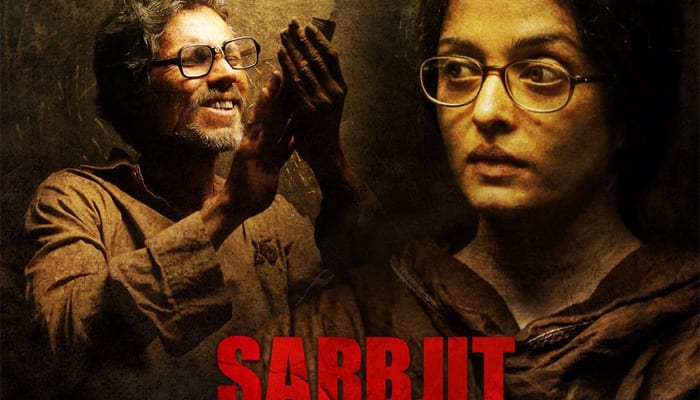 Omung Kumar's second biopic (first one being 'Mary Kom') - 'Sarbjit' - captures the grit and courage of a sister who is fighting for her jailed brother, in a different country. The movie which orchestrates an amalgamation of a powerful star cast and commendable narration is packed with the right ingredients to render a heavy impact on the audiences this year. Kudos to Omung for telling a true story which needed to be told for a long time now.

'Sarbjit' reiterates the struggle of a sister, Daljit Kaur (Aishwarya Rai Bachchan), who has abandoned her comforts in order to pursue the release of her farmer brother Sarabjit Singh Attwal (Randeep Hooda) from a Pakistani Jail. Sarabjit is mistakenly jailed after he accidentally lands on the other side of the border one night. What follows is a series of events that are more or less directed towards the release of Sarabjit from the jail – and a grim portrayal of heart wrenching human right violations that happen in the dark confines of the jail.

Owing to the greatness of a true story, 'Sarbjit' manages to evoke the sentiments which are well deserved for this young farmer in Punjab who playfully, or rather in an inebriated state landed himself in the most unfortunate of a situation that altered the fate of his whole family. The event that took place in the 1990s shook the nation only at a later phase, after the unwavering fight of his older sister Daljit came to the fore. It's Daljit's promise to herself, her father and Sarabjit's wife which made her do everything she could do in her power to release her brother. At a later stage, we see the rest of Sarabjit's family joining in to carry out the candle light vigils and rallies to bring justice to the man.

This is the story of true heroism, unfaltering commitment and determination of a sister, but mind you, it is not the struggle of a sister alone as implicated, but it's the years-long endeavours of people who struggled for him, mostly the women (Sarabjit's wife, daughters and sister), who sacrificed their whole lives in achieving this goal.

Sarabjit's wife Sukh (Richa Chada) has only a few scenes to showcase her acting gallantry, but there's no sign of disappointment in her portrayal of a longing wife whose only job is taking care of the two daughters and praying for her jailed husband. The true merit of Chada's acting ratchets at the moment when she delivers a striking dialogue in the second half after giving a series of paltry exchanges in the first half.

Although the overriding music downplays the script at times, the audiences are bound to remain glued to the film's impressive story. One of the last scenes, where Daljit ties a rakhi to Sarabjit in the jail is truly touching.

The biopic will strike a chord for its genuine attempt to share a story not told on the celluloid before, coupled by stellar performances of its lead, particularly the man himself – Randeep Hooda. Once again, Randeep has proved what a gem of an actor he could be.

Powered by good story telling and amazing performances, 'Sarbjit' is bound to sail ahead, anchored by its true spirit and commitment.