Dijon defender Fouad Chafik denied Di Maria a first-half hat-trick as he cleared the livewire forward`s shot off the line while Julio Tavares hit the post at the other end after a rare Dijon break. 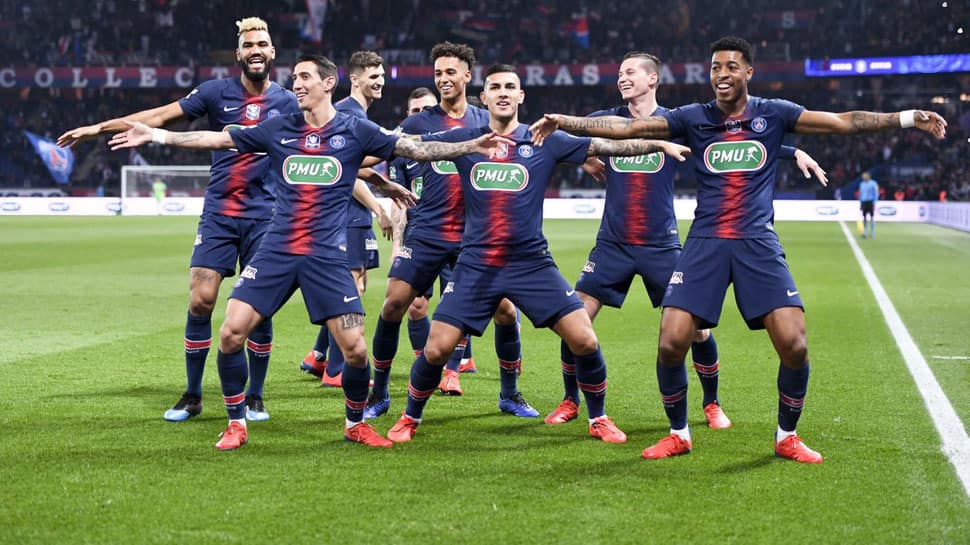 Holders Paris St Germain eased into the French Cup semi-finals after two goals from Angel Di Maria and another by Thomas Meunier gave them a 3-0 home win over Dijon in an action-packed last-eight clash on Tuesday.

PSG were without their potent three-pronged attack of Edinson Cavani, Neymar and Kylian Mbappe, but the league leaders` makeshift side made light work of the contest and could have won by a much bigger margin.

Dijon`s Icelandic keeper Runar Runarsson made a string of superb saves in the first half but could do nothing about Di Maria`s brace, with both goals created in sublime fashion by German playmaker Julian Draxler.

Di Maria opened the scoring in the eighth minute with a brilliant lob from the edge of the penalty area after a defence-splitting pass by Draxler, who also set up the second with what was almost a carbon copy of his earlier assist.

Di Maria showed a different kind of composure this time, with his mistimed pass to Eric Choupo-Moting rebounding kindly to the Argentina winger who swept the ball home past the stranded Runarsson.

Dijon defender Fouad Chafik denied Di Maria a first-half hat-trick as he cleared the livewire forward`s shot off the line while Julio Tavares hit the post at the other end after a rare Dijon break.

The busy Runarsson twice kept out superb Draxler chances before Choupo-Moting, who missed three good opportunities, set up Meunier with some fine footwork and the Belgium midfielder responded with a clever 76th-minute finish to put the icing on the cake.

In the other quarter-finals, Rennes are at home to second division Orleans and Olympique Lyonnais take on Caen on Wednesday, while fourth division Vitre are at home to Nantes on March 6.