Dembele came off the bench to score Barcelona`s final goal in Wednesday`s 5-1 thrashing of Olympique Lyonnais which sent the Catalan team into the quarter-finals of Europe`s top competition. 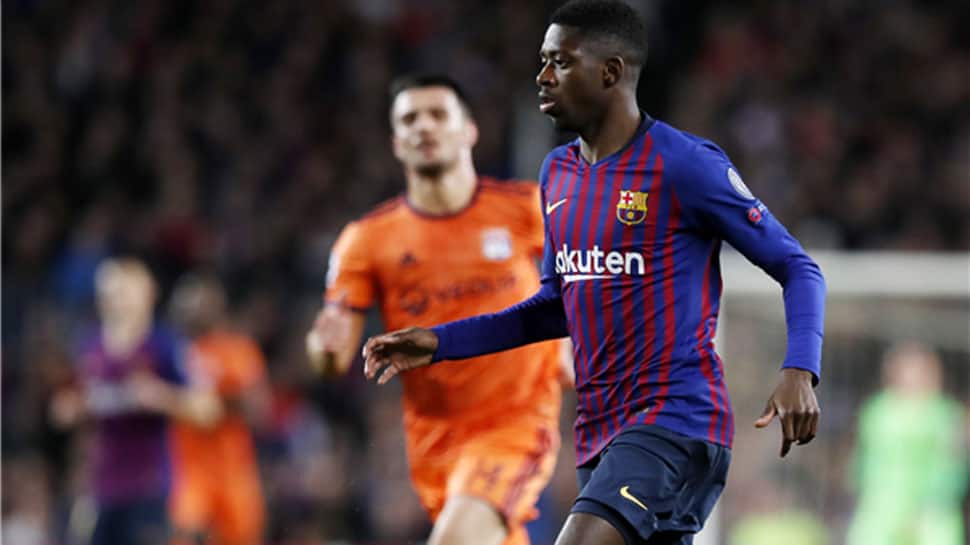 Barcelona have ruled French forward Ousmane Dembele out of playing for a month with a hamstring injury, endangering his chances of featuring in the Champions League quarter-finals and much of the final stretch of Barca`s bid to win La Liga.

"Tests have confirmed that Ousmane Dembele has torn his left hamstring. The expected time out is between three and four weeks," the La Liga leaders said in a statement on Thursday.

Dembele came off the bench to score Barcelona`s final goal in Wednesday`s 5-1 thrashing of Olympique Lyonnais which sent the Catalan team into the quarter-finals of Europe`s top competition.

Barca will find out their next opponents in the Champions League in Friday`s draw, with the first leg games taking place on April 9 and 10 and the return matches on April 16 and 17.

The forward, who cost Barca 105 million euros ($119 million) when they signed him from Borussia Dortmund in August 2017, had been a doubt for the game with Lyon after sustaining a slight hamstring strain during a win over Rayo Vallecano last week.

The France international, 21, missed most of his first campaign at Barca after damaging ligaments in his hamstring which required surgery and has since had repeated setbacks.