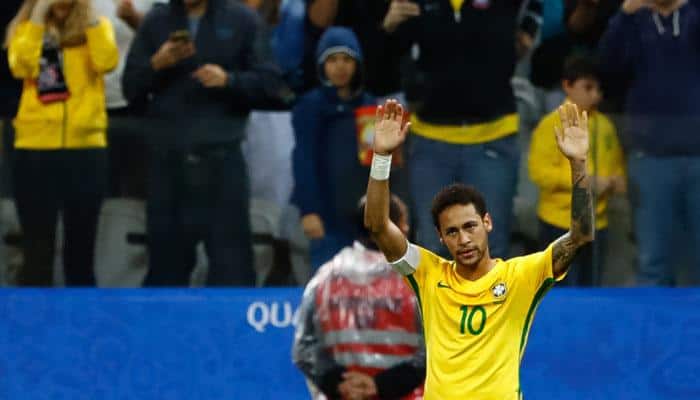 Jesus restored Brazil's lead by slotting in a cool finish after a counter-attack on the stroke of halftime.

Brazil were reduced to 10 men in the 70th minute when Jesus was shown a second yellow card for catching Carlos Zambrano with an elbow as both were jostling for the ball.

But the-five time world champions were unshaken and sealed the victory in the 90th minute when Richarlison held his nerve from the spot after Everton was brought down by Zambrano.

It is the ninth time that Brazil have lifted the football's oldest international continental trophy, which was first played in 1916.

Their last triumph came in 2007 when they beat Argentina 3-0 in Venezuela.