It is Rodgers` first position in the Premier League since being sacked by Liverpool in 2015. 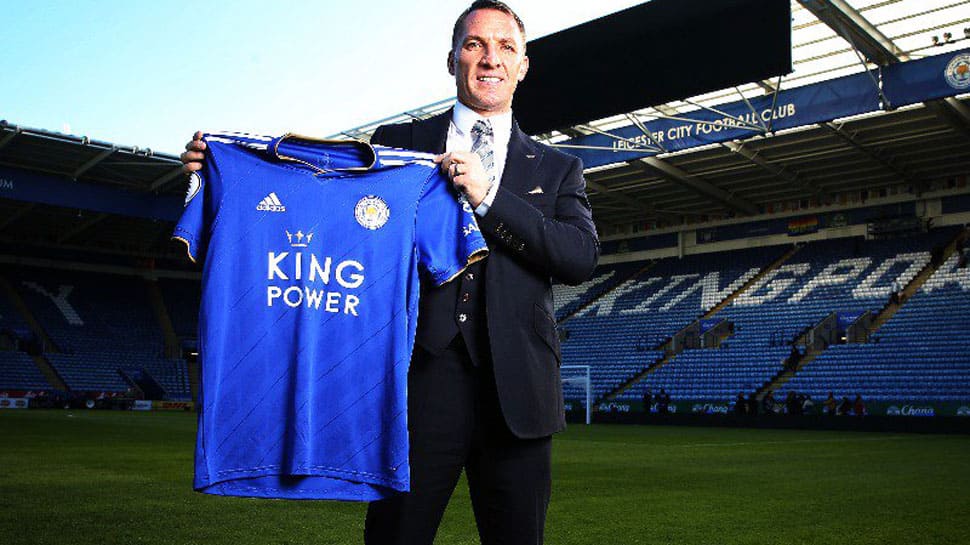 The 46-year-old former Celtic boss had been linked with the position at the King Power Stadium since Leicester sacked Claude Puel on Sunday, following their 4-1 home league defeat by Crystal Palace.

It is Rodgers` first position in the Premier League since being sacked by Liverpool in 2015. Prior to Liverpool he was in charge at Swansea City, where he promoted a brand of possession-based play inspired by his interest in Spanish football.

"I`m very privileged and honoured to be here as Leicester City manager and I`ll give my life to make the supporters proud of their club," Rodgers said in a statement.

"Together, we`ll be stronger and I`m looking forward to working with the players, staff and supporters to make the right steps forward."

He will be at King Power Stadium for the visit of Brighton & Hove Albion on Tuesday before taking charge ahead of Sunday`s trip to Watford.

"I`m absolutely delighted to bring a manager of Brendan`s calibre to Leicester and I look forward to seeing what he, our talented, young squad and our dedicated, skilled team of staff can achieve together," Leicester vice chairman Aiyawatt Srivaddhanaprabha said.

"As projects, including the development of our new training ground and the proposed expansion of King Power Stadium continue to take shape, and as a young squad of great potential begins to mature, Brendan and his colleagues arrive at an exciting time for Leicester City."

Celtic had "reluctantly" given Rodgers permission to speak to the Premier League club earlier on Tuesday.

Rodgers` return to the Premier League at Leicester is a rare case of a club making the perfect appointment: He is young enough to have the hunger and desire to succeed and experienced enough from his time at Swansea and Liverpool to ensure he is ready for what the League can throw at a manager.

His former side Celtic are currently eight points clear of local rivals Rangers in the Scottish Premiership as they chase an eighth consecutive top division title.

They reached the group stages of the Champions League in Rodgers` first two campaigns but were eliminated by AEK Athens in the third qualifying round this season.

Earlier this month, Celtic were knocked out of the Europa League at the last 32 stage for the second successive season after being beaten by Valencia.

Puel left Leicester after going seven matches without a win in all competitions, a run that left the Foxes 12th in the league standings, eight points above the relegation zone.