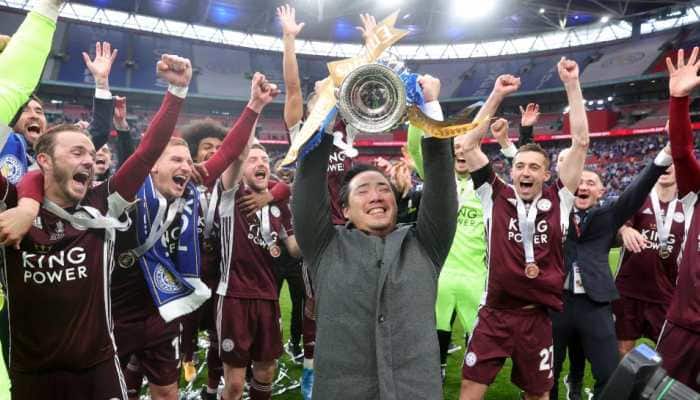 Tielemans' sensational second-half goal helped four-time runners-up Leicester City to get over the line as the Foxes lifted the coveted trophy after waiting for nearly 137 years. 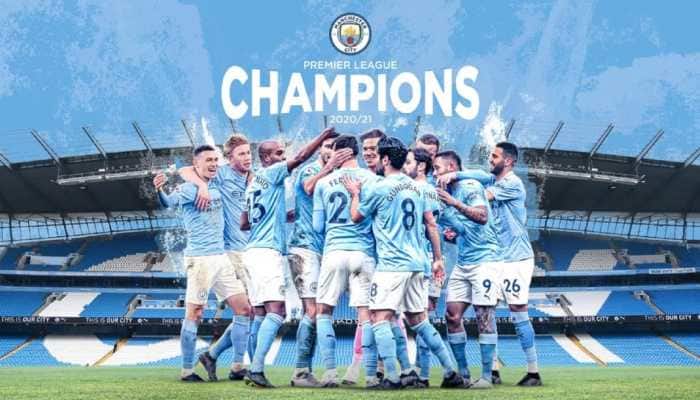 Manchester City currently has 80 points from 35 matches while United has 70. Even if City loses all its three fixtures and United wins its remaining matches, the side would still be able to reach just 79 points, one point behind City. 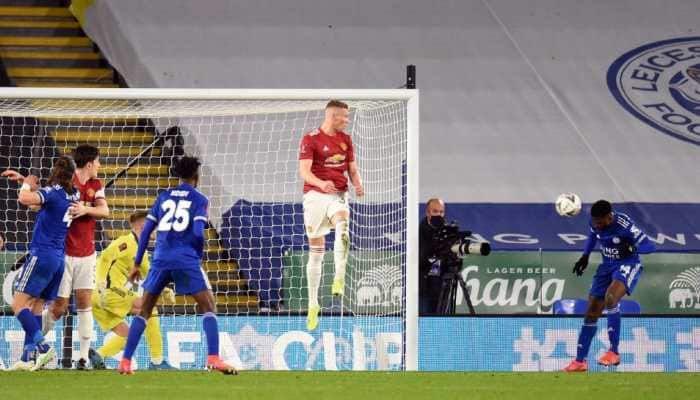 Manchester United’s woeful defence was exposed again in the 78th minute as Iheanacho was left completely unmarked at the far post to head home Marc Albrighton’s free kick, sealing the victory and sending his side into the semis. 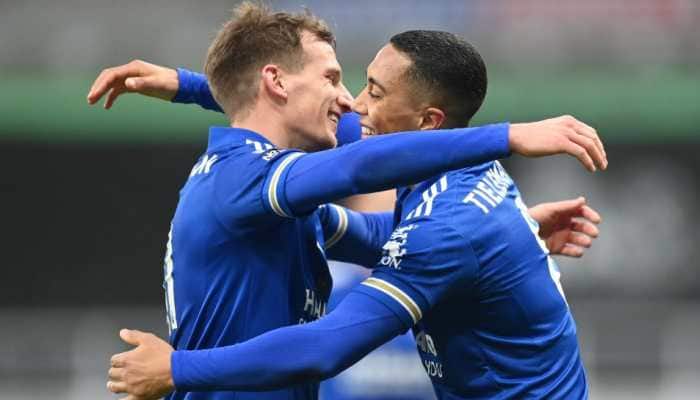 Leicester moved up to third place as second-half goals by James Maddison and Youri Tielemans secured a 2-1 victory. 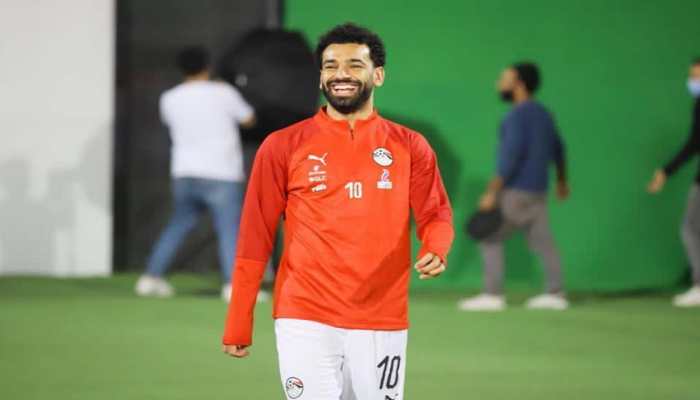 In what may come as a major boost to Liverpool, forward Mohamed Salah is all set to return to training after testing negative for the novel coronavirus. 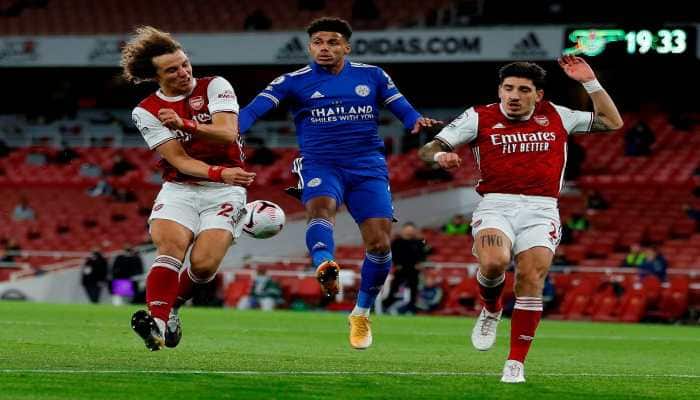 Substitute Jamie Vardy 80th minute header was enough to power Leicester to their first win away at Arsenal in 47 years. 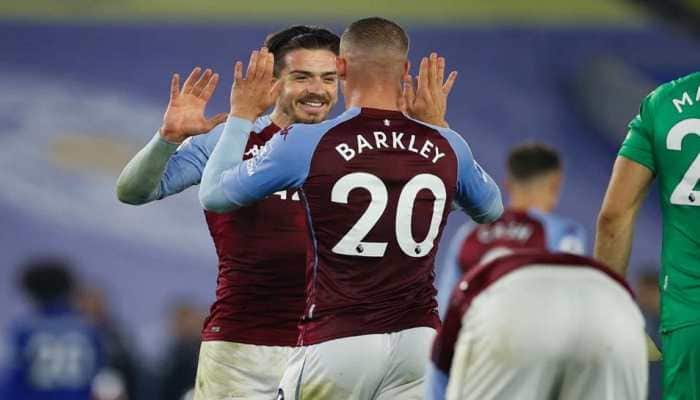 The result has left Aston Villa second on 12 points with a game in hand over leaders Everton who have 13. 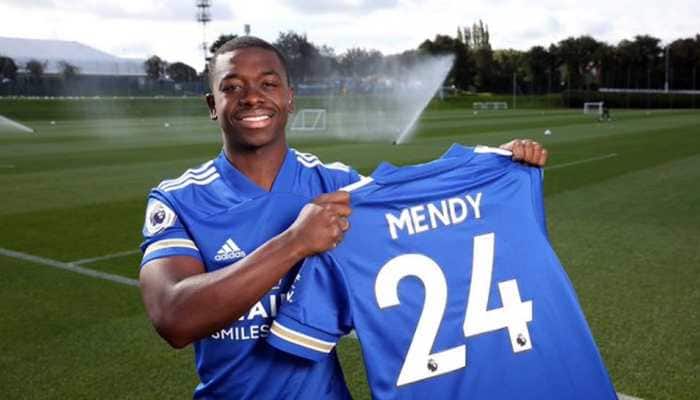 The new deal will now allow Nampalys Mendy to stay at King Power Stadium till at least 2023. 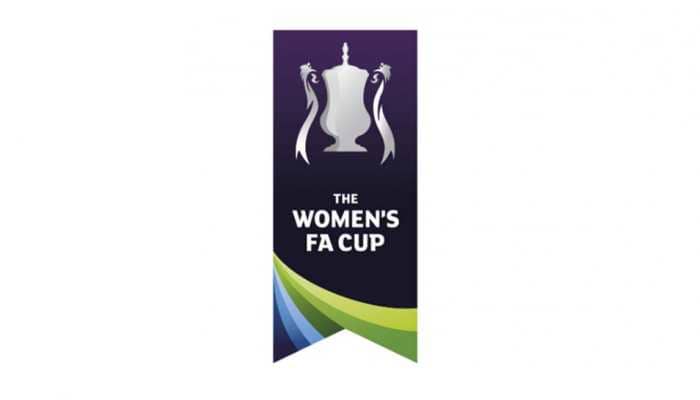 Women's FA Cup gets go-ahead to resume in September

The FA also confirmed that the final will be played at the Wembley Stadium on October 31. 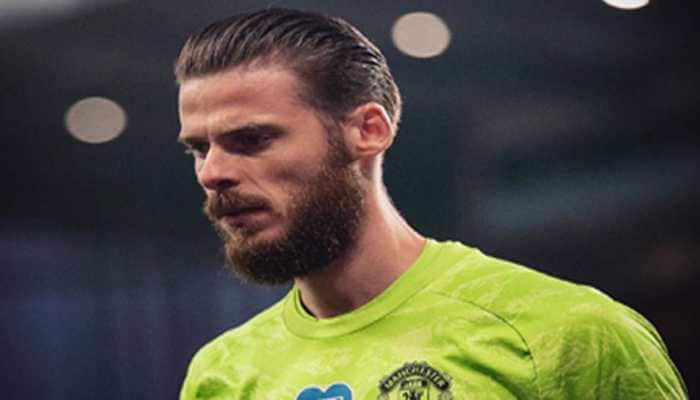 With Leicester set to meet United on Sunday, Schmeichel said media coverage of De Gea`s performances could give viewers the impression the Spaniard was constantly making mistakes. 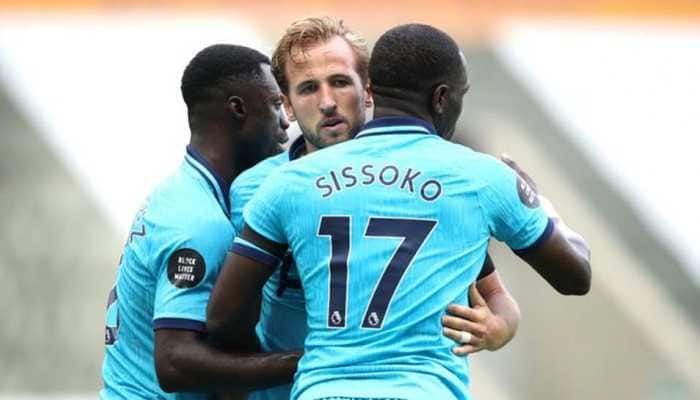 England skipper Kane took his tally to four in two games after scoring twice in his side`s 3-1 win at Newcastle United. 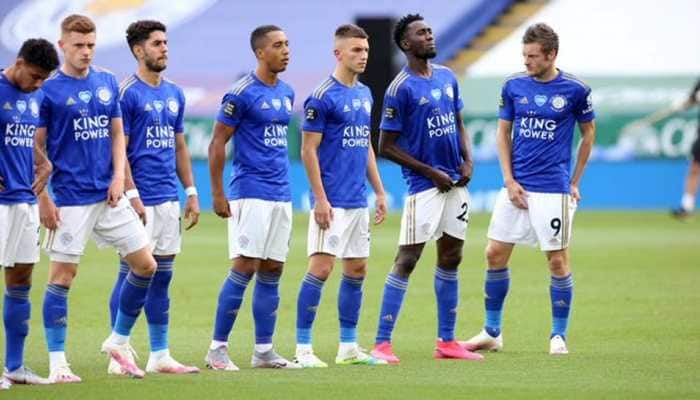 The result left Leicester fourth on 62 points from 36 games, three ahead of fifth-placed Manchester United who were visiting Crystal Palace in a later game and one behind Chelsea in third. 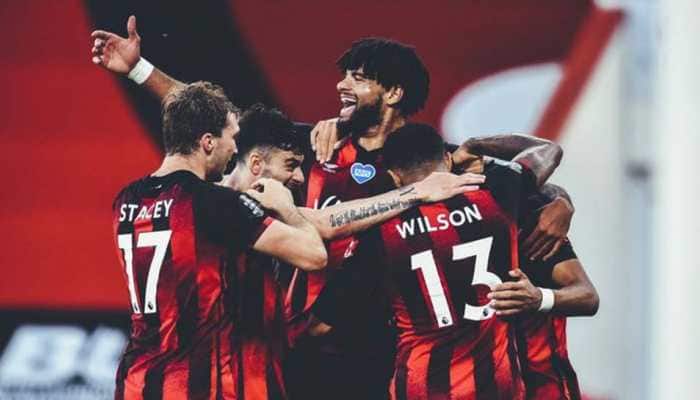 The victory -Bournemouth's first since February 1 - means that with three games remaining they still have hope of securing a sixth successive season of top-flight football. 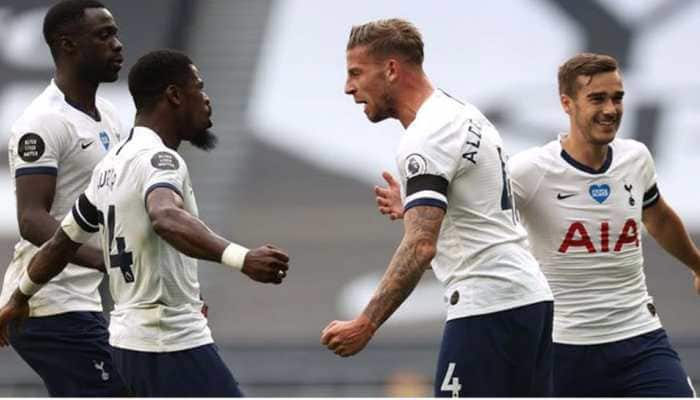 With three games left,Tottenham have 52 points to Arsenal`s 50, but are seven points behind fourth-placed Leicester City. 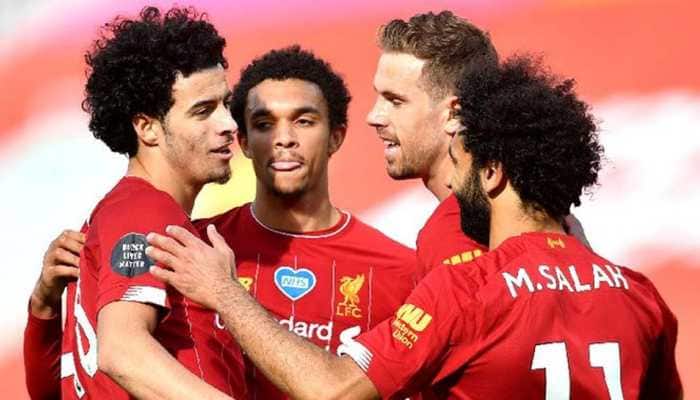 The victory kept Liverpool on target to secure a record EPL points tally, with Jurgen Klopp`s side needing nine points to beat the mark set by Man City, who amassed 100 points in 2017-18. 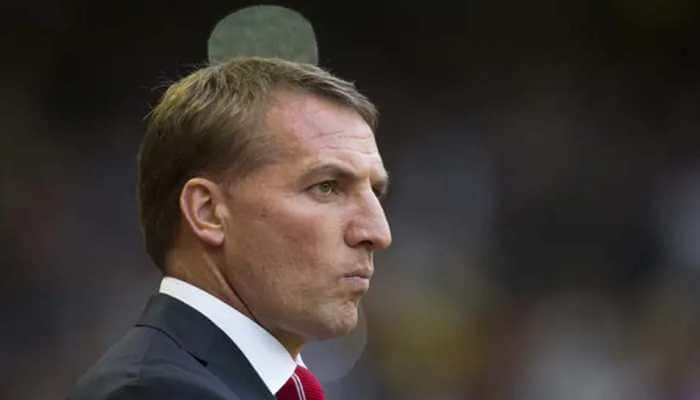 The announcement means Rodgers is the second manager from Premier League to be tested positive for COVID-19 after Arsenal boss Mikel Arteta.

FA Cup to resume with quarter-finals set for June 27, 28

The English FA Cup football competition has been provisionally slated to resume with the quarter-finals on June 27-28 and the final set to be held on August 1. 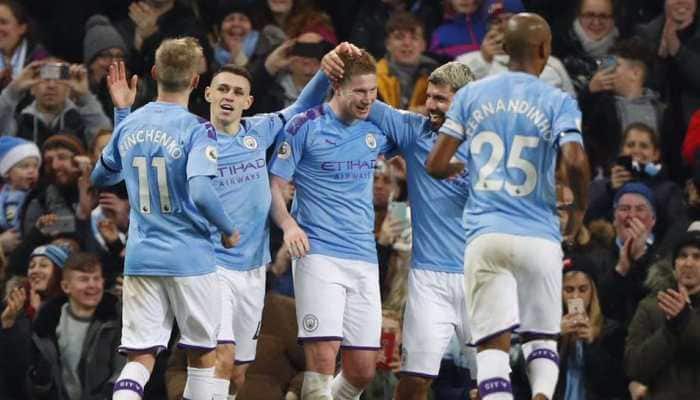 The victory lifted City seven points above Leicester in the battle for runners-up spot behind runaway leaders Liverpool, who remain 19 points clear. 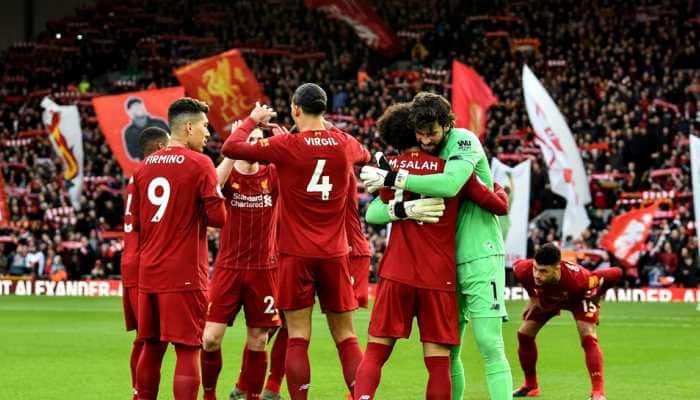 Liverpool have now become the first English team ever to win 24 of their first 25 matches in a top-flight league campaign. 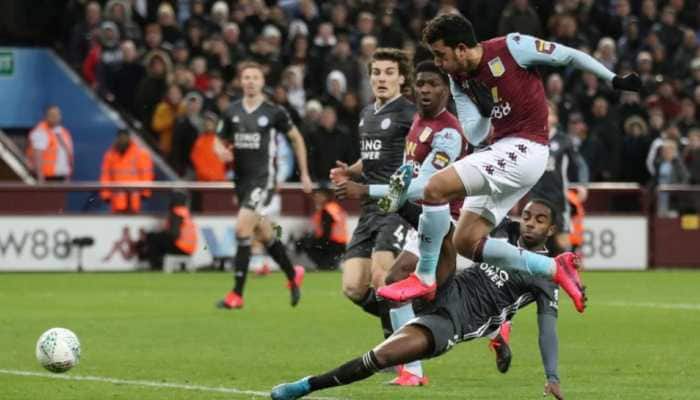 Aston Villa’s Trezeguet struck a dramatic 93rd-minute winner to send them into the League Cup final with a 2-1 victory over Leicester City that gave them a 3-2 aggregate win on Tuesday. Matt Targett fired the hosts ahead in the semi-final second leg at Villa Park after being teed up by Jack Grealish, with Leicester’s Youri Tielemans hitting the crossbar at the other end.