C&N Sporting Risk pulled out of its proposed takeover of Bury just a few hours before Tuesday`s deadline to meet the league`s requirements. 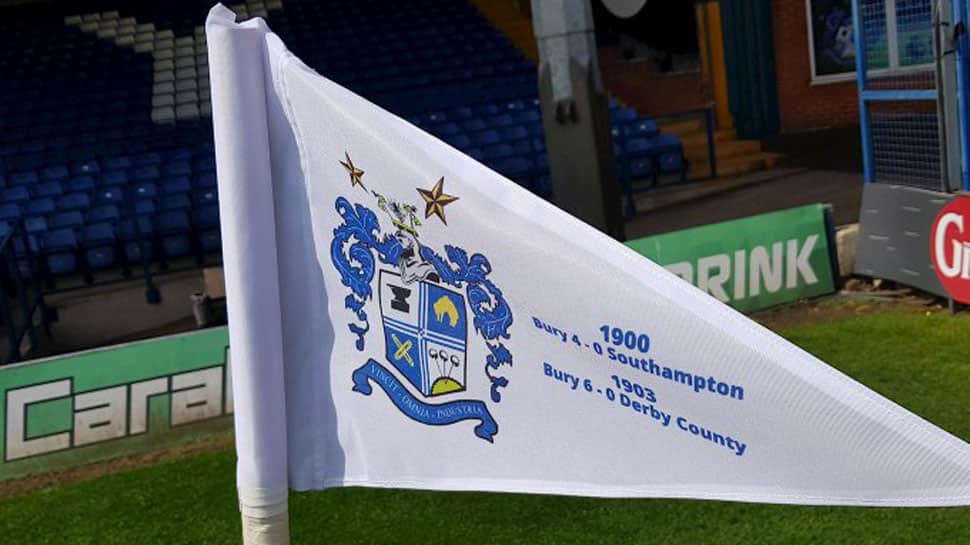 Bury captain Neil Danns has accused club owner Steve Dale of 'destroying lives' after the League One outfit were expelled from the Football League (EFL).

C&N Sporting Risk pulled out of its proposed takeover of Bury just a few hours before Tuesday`s deadline to meet the league`s requirements.

The EFL had earlier suspended each of Bury`s five league matches this season, requesting evidence from Dale that the club could pay off creditors and had the funding to make it through the season.

When asked if he had a message for owner Dale, Danns told Talksport: "I would say look what you`ve done."

"This should never have happened. If you thought you could not move this club forward in a positive way you should never have taken over because you`ve literally destroyed lives, because that`s what this football club meant to so many fans."

Danns made 39 appearances in all competitions last season as the team nicknamed `The Shakers` were promoted to League One despite their off-the-field problems.

In July, the club were given a 12-point deduction after entering into a company voluntary arrangement to try to clear some of their debts.

A threadbare first-team squad had been training under new manager Paul Wilkinson and the team were hopeful of getting out on the pitch.

"We have been in as normal, training. I don`t think anyone really believed that this was going to happen," Danns said.

"For it to happen so suddenly, it`s still really unbelievable. For a club with so much history and that has added so much to the league, for it to just be gone like that is just unimaginable."