Sarri said in December that he felt Cahill was not suited to his possession-based style of football, leading to the centre back making just seven appearances this season. 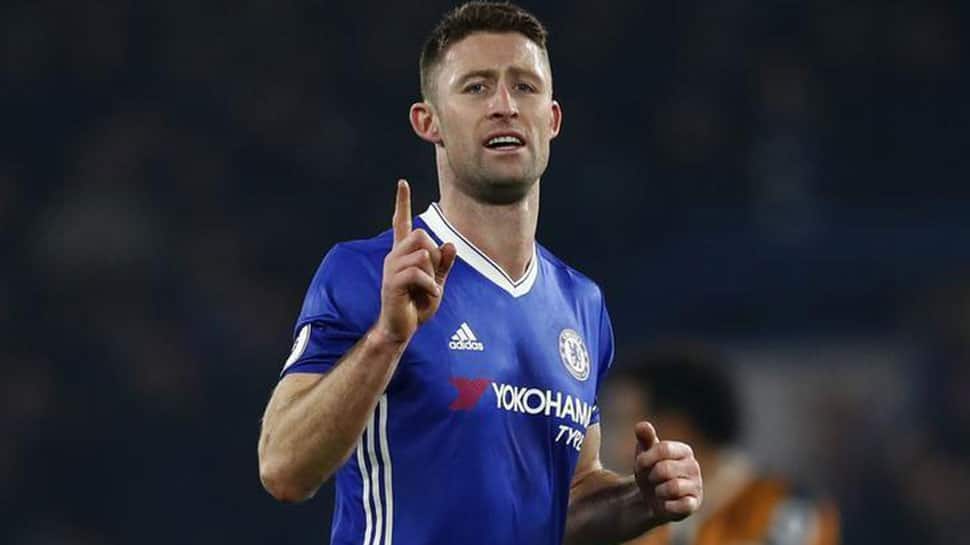 Chelsea captain Gary Cahill said it was hard to respect manager Maurizio Sarri due to the way he has been treated this season as the defender prepares to leave Stamford Bridge at the end of the campaign.

Sarri said in December that he felt Cahill was not suited to his possession-based style of football, leading to the centre back making just seven appearances this season.

The 33-year-old has not played a single competitive match since Nov. 29 despite leading Chelsea to the FA Cup under Antonio Conte last season.

"It`s been really terrible for me personally," Cahill told the Daily Telegraph.

"It will just be erased out of my head when I leave Chelsea. My last memory will be last season`s FA Cup final."

"It`s been very difficult. I have played on a regular basis over the previous six seasons and I`ve won everything with Chelsea, so to be watching from the stands is something I didn`t expect."

Cahill, who has won two Premier League titles as well as the Champions League and Europa League with Chelsea since joining from Bolton Wanderers in 2012, said Sarri is yet to discuss the reasons behind his lack of first-team opportunities directly with him.

"If you are not playing a player, any player, for two, three, four games, then you don`t have to give a reason for that. But if it gets to eight or nine games, then you have to explain the situation. What`s going on? But the manager hasn`t done that," Cahill said.

"It makes it very hard for me to have respect for someone who has not respected what some of us have won with the club."

Chelsea and Sarri did not immediately respond to a Reuters request for comment.

Fourth-placed Chelsea host Watford in the league later on Sunday.

Bundesliga: Franck Ribery to leave Bayern Munich at the end of the season