The Japanese were the first to score thanks to a goal by Shoya Nakajima in the 15th minute, although Angel Mena leveled the score for Ecuador in the 35th minute. 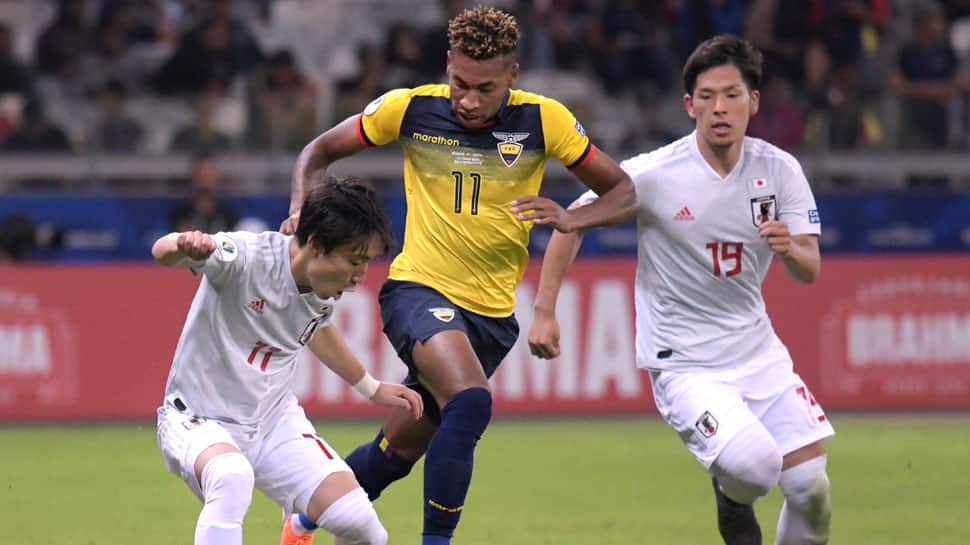 BELO HORIZONTE: Ecuador and Japan squandered the possibility of qualifying for the quarter-finals of the Copa America tournament with a 1-1 tie in the third and final match of Group C played at the Mineirao Stadium here.The draw on Monday gave Paraguay a place in the last-eight, where it will face off against hosts Brazil, and knocked both Japan and Ecuador out of the tournament, reports Efe news.

The Japanese were the first to score thanks to a goal by Shoya Nakajima in the 15th minute, although Angel Mena leveled the score for Ecuador in the 35th minute. Right from the start, Ecuador put pressure on their opponents, causing them to commit errors.

Japan had a well-defined style of play: the players gathered near their goal zone, and once having recovered the ball, counter-attacked with long passes. One such long pass by the Japanese team to Shinji Okazaki drew Ecuadorian goalkeeper Alexander Dominguez out of the goal area to make a save. The ball bounced off to Nakajima, who slammed it into the back of the net to give Japan a 1-0 lead.

In the 21st minute, the ball slipped out of Japanese goalkeeper Eiji Kawashima`s hands but he managed to recover it in time to prevent Valencia`s header from ending in a goal. This was just one of the multiple unforced errors the Japanese committed during the first half.

In the 35th minute, Kawashima made a spectacular save off an attempt by Robert Arboleda, but the ball bounced off to Mena`s feet, who promptly kicked it straight into the Japanese goal and equalized the score. Ecuador started the second half of the match with even more aggression than it had displayed earlier.

However, as the minutes ticked by, the Ecuadorians began running of patience and the defenders started relying on long passes to the strikers. Both teams had opportunities to score but failed to convert them.