EPL: Manchester City back on top after tense win over Tottenham Hotspur

Bernardo Silva created the goal, coasting past two Tottenham defenders before floating a delightful cross to Sergio Aguero who headed back across the face of the goal to Foden to nod in from close range. 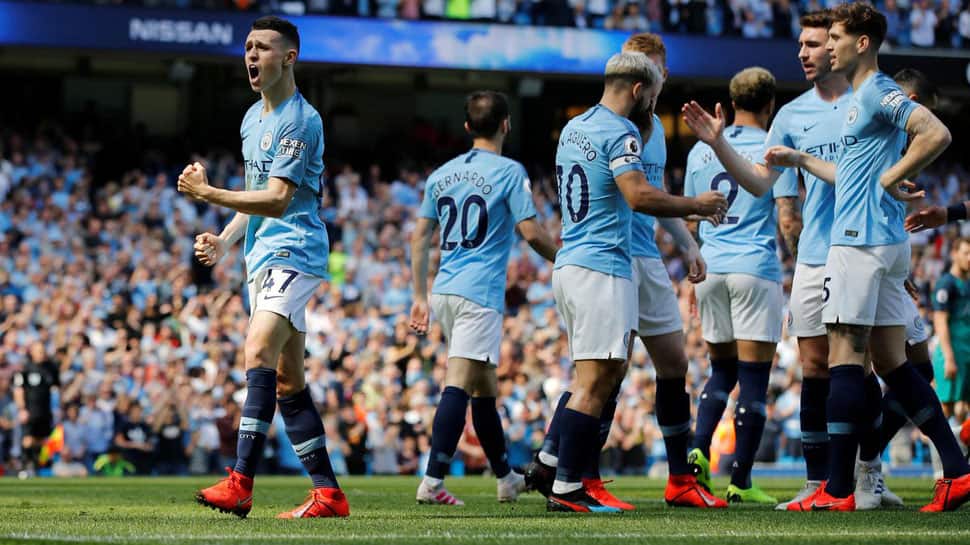 Manchester City returned to the top of the Premier League with a fifth-minute Phil Foden goal giving them a nervy 1-0 win over Tottenham Hotspur at the Etihad Stadium on Saturday.

The victory, coming three days after Spurs eliminated City from the Champions League, puts the pressure back on title rivals Liverpool who are at Cardiff City on Sunday and trail by a point with each side having played 34 games.

But City`s win came at a price with key midfielder Kevin De Bruyne forced off with what looked like another knee injury in the 38th minute.

Bernardo Silva created the goal, coasting past two Tottenham defenders before floating a delightful cross to Sergio Aguero who headed back across the face of the goal to Foden to nod in from close range.

It was the first goal in the Premier League for the 18-year-old midfielder, making his second start in the competition.

Son Heung-min twice threatened the City goal but both times City keeper Ederson was out quickly to nullify the danger.

Spurs felt they should have had a penalty in the 59th minute when the ball appeared to hit Kyle Walker`s arm inside the box but referee Michael Oliver waved away the appeal.